Unless you live in Ohio or are a political junkie, chances are you have at best a passing acquaintance with the name John Kasich, who is the Buckeye State’s Republican governor. But that will likely change after November’s mid-term election if Kasich wins his reelection bid by a respectable margin — setting the chattering class off yapping about his increased 2016 presidential prospects.

Last month, Kasich received a national profile boost when he was invited to the widely reported, “Sheldon Primary,” the goal of which was to impress Las Vegas billionaire casino owner Sheldon Adelson. It was Adelson who in 2012 gave a total of $92 million to Republican candidates — most prominently to Newt Gingrich (which helped prolong a nasty Republican primary) and then to eventual nominee Mitt Romney.

With his eye on retaking the White House in 2016, Adelson is determined no longer to waste millions on fringe candidates, instead focusing his millions on a “moderate” whom he can back early and often.

Thus, in addition to Kasich, Adelson invited two other sitting governors — New Jersey’s Chris Christie and Wisconsin’s Scott Walker along with former Florida governor Jeb Bush — to round out the foursome.

Kasich, in addition to leading an important electoral swing state, has the distinction of being the only Sheldon Primary invitee with decades of Washington experience while representing Ohio’s 12th congressional district from January 1983 until January 2001.

It was during his congressional tenure that in 1994 Republicans won control of the House and Kasich was elevated to Chairman of the Budget Committee.

If Kasich needs some fiscal bragging rights for a potential 2016 presidential run, he can remind voters that in 1995 he presided over a U.S. budget surplus of $236 billion after inheriting a $163 billion deficit in 1994. At the time, Kasich’s 1995 budget surplus was the first since 1969 and one wonders if our nation will ever see another.

On the surface, Kasich’s resume looks like that of a perfect presidential candidate for a nation with a floundering economy. He is governor of a state with an unemployment rate of 6.5% — not great, but still lower than the national rate of 6.7%. Moreover, according to Kasich’s 2014 State of the State speech, Ohio is making a robust recovery with numerous accomplishments, such as a $1.5 billion budget surplus where there once was an $8 billion shortfall.

Additionally, Kasich cut $3 billion worth of taxes — reducing small business taxes by 50% and income taxes by 10%. He said that Ohioans created 170,000 private sector jobs in three years and spoke with pride about specific examples of progress, rebuilding, and investment throughout the state.

Not only would his State of the State address translate into a rousing 2016 presidential campaign speech, but Kasich delivered it like a seasoned pro. His delivery skills could be attributed to his eight years of television experience on the Fox News Channel, which he joined in 2001 after leaving Congress.

There, Kasich had two different shows, “From the Heartland” and “Heroes” and was a frequent guest host on the top-rated “O’Reilly Factor.” He left the network in 2009 to run for governor of his home state. Besides garnering on-camera skills, so important for candidates in our media-driven culture, Kasich has authored three books, two of which were New York Times bestsellers.

With all his experience as governor, congressman, and in the media, why is John Kasich not leading the pack of 2016 GOP hopefuls? For starters he says he is “not interested,” which makes sense since he is currently embroiled in a reelection campaign where the last poll had him leading by only five percentage points.

But, if Kasich does coast to reelection, will he suddenly develop a renewed interested in running for president like he did in 2000? (Kasich quickly dropped out to support Texas Governor George W. Bush.)

Desire is not Kasich’s biggest problem for 2016. However, overcoming the Republican heresy of accepting Medicaid expansion under Obamacare, a decision Kasich insists was “fiscally conservative” could seriously foil his chances.

In GOP “primary speak,” Kasich accepting Medicaid expansion translates into being supportive of government overreach and increased deficits. That has earned him the dreaded RINO title a potential kiss of death in early primaries.

On the flip side, a RINO label could prove to be beneficial if one is to believe a recent poll showing Republican governors who rejected Medicaid expansion are being hindered in their reelection bids.

In the words of Kasich, helping Ohioans “move forward” through Medicaid expansion may sound reasonable to moderate or independent voters in a state-wide election. But Kasich might experience what Mitt Romney discovered in 2012 — a policy that makes sense in your state may come back to bite you in GOP primaries.

The question still remains whether Kasich is “conservative enough” for the voters who control the GOP primary process and will they forgive him for the sin of Medicaid expansion under Obamacare.

However, the larger Kasich’s margin of reelection victory in Ohio, the wider Sheldon Adelson’s wallet could open. And that, coupled with obvious backing from Fox News Channel, could easily propel Kasich on a fast trajectory to the top of the heap.

Meanwhile, The Washington Post, in a popular column ranking ten GOP candidates for 2016, had Senator Rand Paul in the lead and Governor Kasich at number seven but with this important caveat: “Keep an eye on Kasich. He has the potential to move up these rankings post-November.”

Finally, from an “inside” Washington perspective, I asked a former Congressman (name withheld by request) what he thought of Kasich’s presidential prospects since he knows Kasich well after serving with him for many years. His answer: “He is a nice guy and has been a good governor, but he really is a total BS artist.”

To which I replied, “What could be a better skill for a president than BS artist?” And his reply was, “True, he fits the mold.”

Can Governor Kasich “mold” the conservative GOP base into supporting him using his “artistic” skills? If he is successful in that endeavor, John Kasich could be the most formidable 2016 GOP candidate you do not know — yet.

Cross-posted at the Daily Beast. 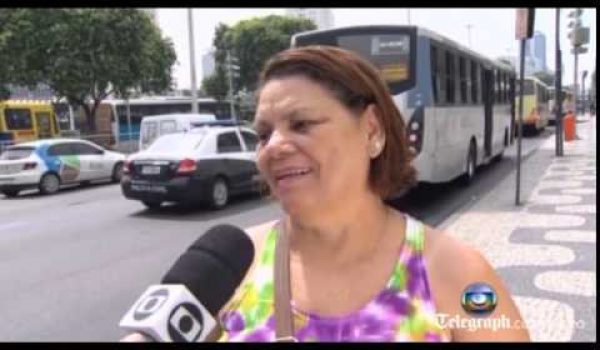