Is Obama the Democratic Ronald Reagan? A liberal columnist raised the question over the weekend, and a conservative columnist answered. But those who are looking for Obama’s analog among past presidents are barking up the wrong tree. There is a past leader — at least nominally so — to whom Obama bears a striking resemblance, but he is not a former president. He is onetime Baltimore Ravens quarterback Trent Dilfer.

Dilfer was the NFL team’s official signal caller in 2000, the year Baltimore won its first Super Bowl. The team itself was absurdly lopsided, boasting a stellar defense (which accounted for a disproportionate number of its scoring plays) and an at-best serviceable offense. Dilfer, the journeyman at the helm, was so mediocre that one sportswriter summed up the Super Bowl XXXV victory by allowing as how Dilfer “didn’t make costly mistakes, and was supported by a dominant defense.”

Compare that description with this one: “President Barack Obama clocked a huge win by hitting his target 7 million Obamacare enrollment. Now he’s faced with a tougher task: not blowing it.”

The author is Politico’s Edward-Isaac Dovere, who further cautions:

Obama’s got a history of watching his victories slip away before fully capitalizing on them. Last year alone, his re-election bump disappeared into a triple whammy of low-grade spring scandals. Then, all the good will he had coming out of the government shutdown was eclipsed by the devastating Healthcare.gov roll-out.

Dovere is a liberal. Hence, his acceptance of the dubious 7 million enrollment figure and eagerness to blame the shutdown on Republicans and dismiss Benghazi and the IRS scandal as “low-grade.” But the fact that he is an Obama supporter just underscores how much Obama is the latter-day Dilfer.

In his piece, Dovere quotes several Democratic strategists who confirm his view of Obama and advice to the president going forward. One “unnamed strategist involved in this year’s midterm planning” is quoted as saying:

For Democrats to be successful in the Senate and the House, the president has to have a standing with the electorate where he’s not the focus of voters on election day, but Republicans are. Addressing this competency issue goes a long way to alleviating concerns voters would have going into the fall.

Go completely on the offense. Don’t try to defend the program. It’s much easier to mobilize people to prevent things from taking away from them than it is to get going on things to which they aspire. The dynamic flips entirely.

Naturally, comparing the President to another failed leader in no way alters the fact that, barring unforeseen circumstances, he will remain at the nation’s helm through January 2017. But unless his handlers have managed to block out all criticisms coming from his own supporters, these final two and one half years are likely to add more gray hair to an already graying scalp. 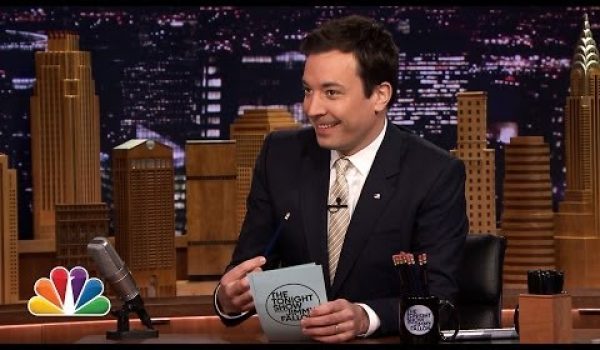 Top 10 List: Why Letterman is retiring
Next Post
Picture of the Day: High heels for men the new fashion statement