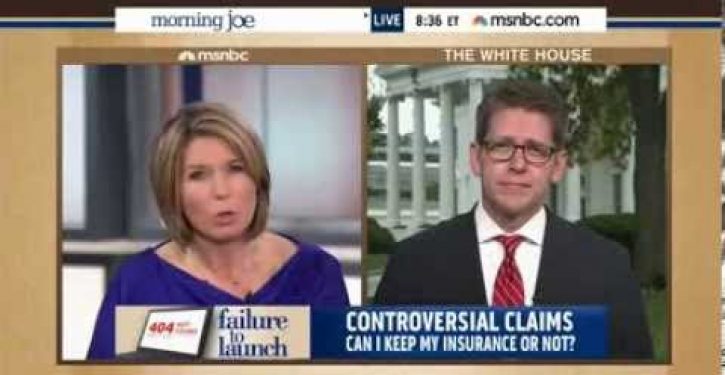 No wonder Common Core math is so dreadful. Just look at the math skills of the administration that created it.

Two days ago, the President took a victory lap over the still-unsubstantiated claim that the White House had exceeded its goal of 7 million signups by March 31. Never mind that mere days earlier, Health and Human Services Secretary Kathleen Sebelius was asked about the number of enrollees and claimed to have zero information. Never mind either that, according to the left-leaning National Journal, between 15% and 20% of the 7.1 million have not yet paid their first month’s premium, meaning they are not really enrolled. That brings the actual enrollment figure down to roughly 6 million.

Then there are the people who lost their coverage but never replaced it, and last of all the big question of whether the previously insured people who enrolled in Obamacare are enjoying lower insurance costs, as promised earlier. (The question of the quality of healthcare nationally won’t be known for some time.)

In spite of all this, the White House and its sycophants in the media would have you believe that the 7.1 million number is a BFD. As the inimitable Paul Krugman writes in today’s New York Times, “You don’t find many Obamacare opponents admitting outright that 7.1 million and counting signups is a huge victory for reform.”

But as Weasel Zippers reminds us, 7.1 million is a drop in the bucket. We know this because Propaganda Minister Jay Carney said as much last November, when did the math for us. Confronted with the reality that 5% of the population, or roughly 14 million, were receiving cancellation notices from their insurers, Carney characterized that number as a “small sliver” of the population.

If 14 million is a small sliver, what is half of that amount?

Obama’s hotel bill for one night in Brussels: $1.5M
Next Post
Desperate much? HHS fills out Obamacare applications for people in advance