“We live in this crazy time, with a patchwork of protections, where you can go across the border and get married. The problem is that when you turn around and go back, you’re not going to be considered married by your home states. That’s not the way it should work in America.”

The words are those of James Esseks, director of the ACLU’s Lesbian, Gay, Bisexual and Transgender Project, who seems to think that the bitter tug-of-war over the subject of same-sex unions, which is dividing the nation, isn’t sufficiently “in your face.” So last December, his office launched a “My Big Gay (Il)Legal Wedding” contest, open to gay and lesbian couples who reside in states that do not legally recognize same-sex marriage.

The five winners (if that is the correct term) were name yesterday.

Each couple … will get logistical and financial help — up to $5,000 — from the ACLU to get married the week of April 28 in one of the 17 states, plus Washington D.C., which do allow gay marriage.

Those who object to the “21st-century definition of marriage” would probably agree with Esseks’s view that “we live in crazy times” and this is “not the way it should work in America.” Just yesterday residents of Mississippi won an important victory when the state’s governor announced that he would sign a religious freedom bill approved by state lawmakers:

The Religious Freedom Restoration Act, which passed 79-43 in the state House of Representatives and 37-14 in the Senate on Tuesday, protects residents from state laws or local ordinances that violate their right to practice their faith.

It is modeled after the 1993 federal law with the same name and will take effect July 1.

Critics say the measure legalizes discrimination, giving businesses the right to refuse service based on religious objections. They warned scenarios such as the Colorado cake-shop owner who refused to bake for a gay wedding last year could become commonplace in Mississippi.

Slain British Muslim ‘still alive’ while boyfriend beheaded her with kitchen knife
Next Post
Obama demonstrates once again how ‘with it’ he is, calls Ryan budget plan ‘stinkburger’ 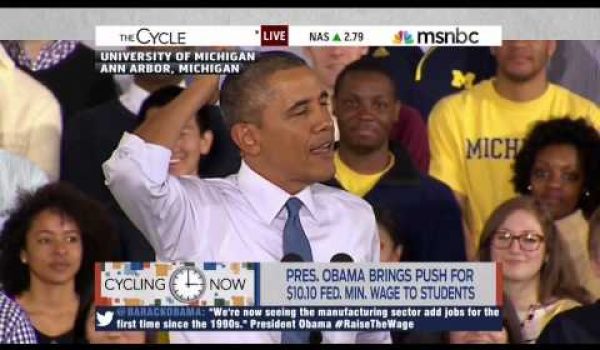