We’re still in waiting mode now, after U.S. Defense officials have told news agencies that the shooter at Fort Hood, in Killeen, Texas, has killed himself.  Reportedly, the president will speak to the nation in the next hour or so.

Reporting in the last 10 minutes has confirmed 3 victims dead in the shooting spree, in addition to the shooter himself.  (Fox reported that, citing a law enforcement official.)  There were earlier reports of a possible second shooter, but there has been no confirmation of that.

The reports began streaming out just after 5:00 PM Central time.  The time the shooting started was reported to be 4:30 PM.  The Fort Hood post was “locked down,” with personnel told to shelter in place.  No word yet on whether the lockdown has been lifted.

Local news affiliates have said that at least two people are being treated at the medical facility on-post.  Others are being evacuated to a local hospital.  The main area of the shooting spree was reportedly a “medical support building”; it’s not clear if that is where emergency treatment for some of the victims is underway.

There is no evidence, according to officials quoted by news sources, that the Fort Hood incident is related to reports from yesterday that an individual known as “Booker,” AKA Muhammad Abdullah Hassan, was planning to commit a “Fort Hood-inspired” act of terror.  John Thomas Booker is a 19-year-old from Topeka, who enlisted in the Army in February but was discharged within weeks (on 28 March, in fact) due to concerns raised by the FBI.

Comment: Unless Booker has access to a car with a DOD sticker, and/or a military-issued ID, he couldn’t just enter the post at Fort Hood – even if he did go down there from Kansas, where he was recruited.

*UPDATE*:  Fox is identifying the shooter as Specialist Ivan Lopez.  It remains unconfirmed whether he administered the fatal shot to himself.  Jennifer Griffin referenced the motor pool as the location of his demise.

*UPDATE 2*: POTUS speaks (from Chicago, after a policy-campaign event in Michigan for the minimum wage).  Doesn’t want to comment without having all the facts.  Expresses condolences to the families.

*UPDATE 3*: As of 8:45 PM Central, Fort Hood has been given the “all clear” and been released from lockdown.  It appears that reports of a possible second shooter were incorrect.  At least six of the injured have critical wounds, according to Fox News on the hour.  The death toll remains at four, with the shooter being one of them.

The local CBS affiliate, KTYX, had this to say about the shooter in a report 10 minutes ago:

Sources identified the suspect as 34-year-old soldier Ivan  Lopez. A source said the violence apparently stemmed from some sort of  soldier dispute.

A press conference is expected at 9:15 PM at Fort Hood.

*UPDATE 4*:  III Corps commander, LTG Mark Milley, confirms that the shooter killed himself (“self-inflicted gunshot wound”) after being engaged by military police.  The gunman was undergoing diagnosis for PTSD (update:  treatment for depression and anxiety), but had not yet been officially diagnosed.  He opened fire in two different buildings and wounded 16 people in addition to the three he killed.  General Milley just said the shooter used a weapon he had purchased himself (update:  a S&W .45).  He didn’t use an Army-issue weapon.  His weapon was NOT registered on base, as required by post regulations.

*UPDATE 5*:  LTG Milley says “no indications of terrorism,” but he is not ruling it out.  The shooter is married and has family, according to the general.  All of the wounded and killed were military.  The general wouldn’t speak to how premeditated the shooting spree might have been, affirming that that will be determined in the investigation.

He’s just closed by asking for thoughts and prayers for the wounded and all the families.

*UPDATE 6*:  Hospital presser at Baylor in Temple, TX, where there are eight patients admitted and a ninth en route.  Doctors say the three critical patients are on ventilators.  Five more are in “serious” condition.  “Several” of the patients are able to speak.  Chief surgeon says “heartbreaking” to see the soldiers come in with such wounds, but it’s an honor to attend to them. 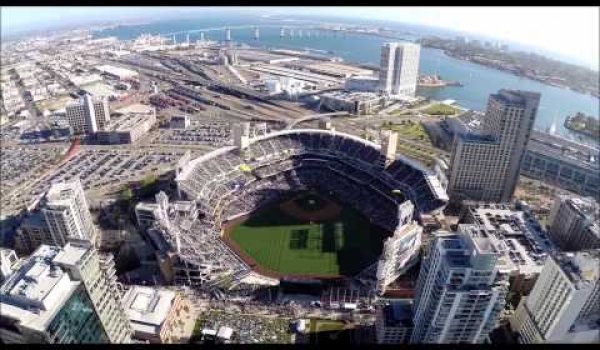 Navy SEALs parachute into PETCO Stadium for Opening Day
Next Post
CNN Student Worksheet: Founding Fathers ‘did not trust the ability of the common voter’