No better way to start off the weekend than a good fart joke. This one comes courtesy of the White House, only they are the butt of the joke (pun intended).

According to Obama adviser John Podesta, the administration is getting ready to release an interagency strategy for curbing emissions of the potent greenhouse gas methane. As you know, methane is a key component of flatulence, human and animal. Cows are an especially big contributor to the ambient production of this gas.

“We are in the throes of finalizing a methane strategy across the government. I think you can expect an announcement in the not-to-distant future,” [Podesta] told reporters during a West Wing briefing.

The strategy is called for in the White House climate plan released last June, but the timing has been somewhat of a mystery. Podesta said it will be ready in the “near future.”

“That will set up a series of work streams for the federal family as a whole,” said Podesta, the Democratic uber-strategist who formally joined the White House early this year.

Podesta on Wednesday was part of a “roundtable” on methane that Energy Secretary Ernest Moniz hosted earlier in the day.

“Today’s meeting was the first in a series of roundtable discussions, designed to bring together representatives from industry, environmental groups, labor, academia, other NGO’s and states and localities to share best practices, technical solutions, and policies that help reduce methane emissions from natural gas systems,” said Namrata Kolachalam, an Energy Department spokeswoman, in a separate statement.

“This outreach is part of a broader administration initiative, set out in the President’s Climate Action Plan, which establishes a federal task force to reduce methane emissions from a range of sources,” Kolachalam said.

But while officials want to improve control of methane from natural gas production and distribution, the White House and Energy Department have made clear that even with current leakage, they view natural gas as a climate winner compared with the coal its displacing as a fuel source.

What is it with these people? First, they go after CO2, the gas we all exhale. Now they are going after methane, the gas we “produce.”

Suffice it to say if they spent as much time trying to lower the national debt as they do on fool’s errands like this, America’s future wouldn’t be as much in jeopardy. In the meantime, pull my finger.

Read more by Jeff Dunetz at his blog The Lid. 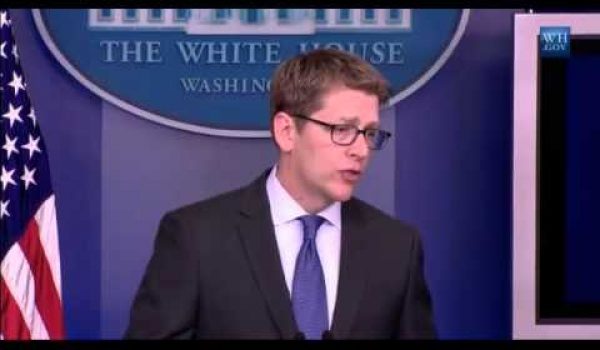 Is administration on verge of extending Obamacare open enrollment period?
Next Post
Love is patient, love is kind…unless you disagree with this nun