What difference does it make who your victim is as long as you’re having fun? That very well could be the motto of the fine, upstanding young man pictured on this page. His name is Kevin Johnson, he is 16 years old, and he is the latest perpetrator of a “game” of “knockout” to end up in police custody.

What makes Johnson’s crime newsworthy is his target: a disabled man walking with a cane. Jacksonville, Fla., station WJXT has the lowdown:

Michael Caraway was walking with a cane when he was struck in the face by a group a teens he believes was playing the “knockout game.” Caraway told Channel 4 the pain was extreme for a long time after he was attacked in February.

“I’m doing better, just taking things one day at a time,” said Caraway. “My wife and children are way more cautious than what we’ve been.”

Jacksonville Sheriff’s Office investigators were able to nail Johnson thanks to the knockout perp’s two worst enemies — surveillance video and the teen’s own hubris. The cops initially IDed Johnson  and his fellow goons walking in front of a store around the time of the attack. They obtained a search warrant for Johnson’s cellphone, on which they found — lo and behold — multiple videos of him and other juveniles walking up to unsuspecting individuals and punching them, including Caraway.

Of the incident, Caraway told reporters:

We would never expect it to happen to me and it did. So now we’re saying it can happen, so I tell my daughters be on their best behavior, looking out for people. They go in pairs now; my daughter does not like to go out by herself anymore since this happened.

Johnson was charged as a juvenile with a third-degree felony and was ordered held without bond.

Will it be President Paul or Senator Paul? Choose one, Rand
Next Post
CBC and Hip Hop Caucus combat racist climate change 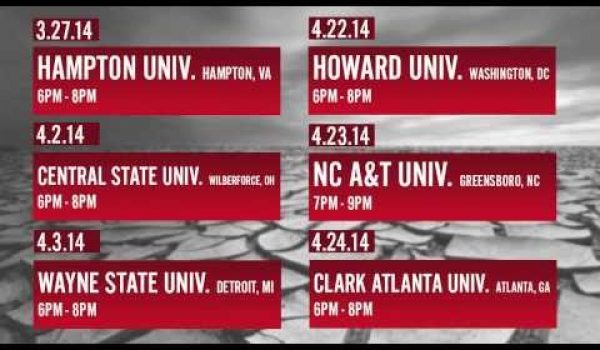