The global warming hoaxers have just done a 180. They are now claiming that greenhouse gases are going to cause another Ice Age. What makes this claim so crazy is not just that it is the opposite of what they have been insisting for nearly a decade. Rather, it is that real scientists are predicting a coming ice age, and not because of greenhouse gasses but because of the Earth’s normal climate cycles.

As fearmongered at America’s Blog:

Discontinuities work in the social sphere as well, in the sphere of confidence and panic. As I’ll show you shortly, the first major (white) American city to end its life forever following a Haiyan-sized hurricane — Miami, for example — will cause a collapse in American confidence in the future that will never return. That loss of confidence and the panic that will result is a collapse as well, a discontinuity, fear the size of Ohio breaking the population from its safe assumptions and presumed security.

Before we go on, allow me to point out that a study published in the July 2012 Journal of the American Meteorological Society concluded unequivocally there is no trend of stronger or more frequent storms:

“We have identified considerable inter-annual variability in the frequency of global hurricane landfalls,” the authors state, “but within the resolution of the available data, our evidence does not support the presence of significant long-period global or individual basin linear trends for minor, major, or total hurricanes within the period(s) covered by the available quality data.”

Back to the fearmongering:

Here’s another discontinuity. The Gulf Stream, the warm-water current that starts in the Gulf of Mexico and terminates in the Atlantic north of Scotland, also has collapse potential. Because of the Gulf Stream, northern Europe is moderate in climate. What if the Gulf Stream collapses and stops warming Europe?

So what would happen, do you think, if the Gulf Stream part of the global mid-ocean circulation stopped, was interrupted?

It is believed that this dynamic, sudden glaciation of Europe, happens as a result of a global warming event that melts enough fresh-water ice in the north Atlantic to desalinate (dilute the dense salt content of) the surface part of the northern Gulf Stream. Because the surface current is no longer heavier than the surrounding ocean, it fails to sink when cooled. This causes the surface current to terminate further south than before, never reaching Europe.

The hoaxer ends by calling everyone a liar:

If this stuff concerns you, tell everyone you know that Zero Carbon Now is the way out — and the only one. Education is our first task at this point, since the other side is selling us hard the wrong way. ”Carbon neutral” is just another trick for keeping David Koch in walking money. Even “lying pantsuit lady” — the Exxon spokeswoman — probably knows that. After all, she’s cashing those checks too; just smaller ones.

Now America’s blog may be right about the Ice Age, but wrong about the cause.

In August, Irish solar expert Ian Elliott echoed other recent reports predicting that lower levels of sunspot activity over the next few years “indicates that we may be on the path to a new little ice age.”

It all points to perhaps another little ice age. It seems likely we are going to enter a period of very low solar activity and could mean we are in for very cold winters.

Dr. Habibullo Abdussamatov from the St. Petersburg Pulkovo Astronomical Observatory also says we are heading for a “Mini Ice Age.”

Building on observations made by English astronomer Walter Maunder, Dr. Abdussamatov said he had found that the Earth cools and warms in a 200-year cycles.

The last big freeze known as the Little Ice Age was between 1650 and 1850 which he said coincided with Maunder’s findings that there had been no sunspots between 1645 and 1715.

Writing in his blog, Abdussamatov said: “The last global decrease of temperature (the most cold phase of the Little Ice Age) was observed not only in Europe, North America and Greenland, but also in any other part of the world during the Maunder minimum of sunspot activity and of the total solar irradiance in 1645–1715 years.

Phil Chapman, a geophysicist an astronautical engineer and a NASA astronaut, agrees.

Disconcerting as it may be to true believers in global warming, the average temperature on Earth has remained steady or slowly declined during the past decade, despite the continued increase in the atmospheric concentration of carbon dioxide, and now the global temperature is falling precipitously.

Then there are the researchers who say the climate goes a bit crazy before each Ice Age. Researchers took a look at what happened to the climate just before the last major glacier period, around 115,000 years ago, and they found that there was a period of extreme climate fluctuations. They suggest that the period of global warming that plateaued over 17 years ago may just be one of those pre-glacier heat waves.

It’s amazing how the global warming hoaxers try to scare us. First we were entering a warming period that was going to result in New York City being underwater. When that was proven wrong, they switched to major storms being caused by climate change (as opposed to global warming). When that was proven wrong, they warned that earth is going to freeze. Of course that claim may turn out to be correct, but not because of climate change or global warming, but because the Earth is long overdue for an ice age. 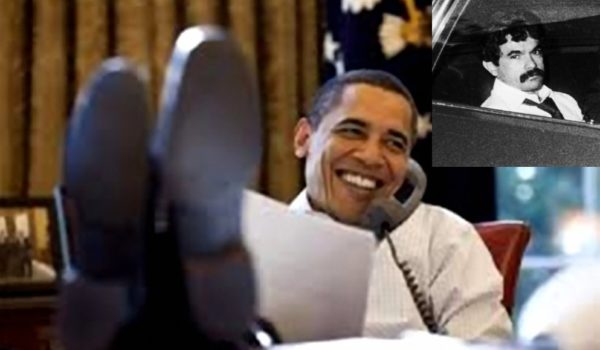