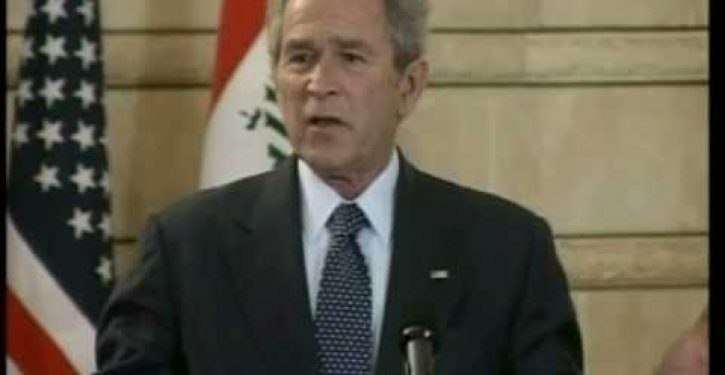 “What’s this I hear about the president’s mouse?” Emily Litella might ask. Only in this case, do mind. A woman in Egypt has been captured on video with a message for Barack Obama:

The woman then lapses into what one assumes to be Arabic, and shouts something that the Middle East Media Research Institute (MEMRI) translates as “Our message to you, you donkey: No matter what you do, we will not restore the ousted president [Mohammed Morsi].” The White House will be out presently with its own translation, which goes, “Dear President Obama, we love you and wish you were king of the world!”

As The Blaze notes, the message has already spawned the sale of “Shut up your mouse, Obama” merchandise, including t-shirts and — of course — mouse pads.

The incident calls to mind another video involving another American president:

It also calls to mind the mainstream media’s response: CBS News wrote, “At a press conference in Baghdad with Prime Minister Nouri al-Maliki, President Bush got a reminder of the fervent opposition to his policies when a man threw two shoes at his head.” Of course the difference between that incident and the new one is that Bush didn’t venture onto Iraqi soil early in his presidency to promise a “new beginning” with the Arab world.

Cartoon of the Day: Which one is the tool?
Next Post
To fight racism, college plans happy hour that excludes whites