While speaking at the 2014 California Democrats State Convention in Los Angeles on Saturday, House Minority Leader Nancy Pelosi, D-Calif., claimed that an anonymous Republican told her that poor, hungry children are “invisible” to an “indifferent” Republican Party.

“I asked a Republican friend why his party remains so opposed to extending the vital lifelines for struggling families and really hungry children. This colleague’s response was telling in its blunt nature and it’s stunning in its honestly.  What he said was to the Republican caucus these people you are talking about, are invisible, and the Republican caucus is indifferent to them,” she said.

An article at Breitbart.com said Pelosi used the exact same rhetoric in early February at a weekly press briefing, and posted video of her comments at both events for comparison.

At that time, Pelosi claimed it was the rock band U2 who gave her the idea instead of an unnamed Republican friend.

The claim sounds eerily like one made by Senate Majority Leader Harry Reid, who claimed during the 2012 general election that an anonymous Bain investor told him Romney didn’t pay taxes for 10 years.

Reid never gave the source of the claim, and said it was up to Romney to disprove his claim.

“I am not basing this on some figment of my imagination,” he told the Las Vegas Review Journal. “I have had a number of people tell me that.”

“I wish someone would make these worthless liars eat crow,” said a post at the Political Forums.  “Rep. Pelosi, produce the person you claim said this or crawl back under your rock.”

“Well, we guess that’s case closed – she heard it from a ‘Republican.’ Meanwhile, Democrats don’t have to prove their programs work (they don’t), they just have to keep repeating that they care,” said an article at The Patriot Post.

It’s not the first time Pelosi has engaged in this kind of rhetoric.

As we reported in August 2011, Pelosi claimed Republicans want to destroy everything.

“It’s about clean air, clean water, food safety, public safety. You name it, they’re there to diminish it, destroy it,” she said.

A year later, she said Republicans who support fiscal sanity are part of the “E. coli club.”

After she claimed the contempt vote against Attorney General Eric Holder in June 2012 was part of a grand conspiracy to undermine his fight against voter suppression, Rep. Trey Gowdy, R-S.C. said Pelosi was “mind-numbingly stupid” and suggested she seek professional help from a doctor.

“I don’t know what was wrong with her when she said that. But I would schedule an appointment with my doctor if she thinks that we are doing this to suppress votes this fall. That is mind-numbingly stupid,” he told Fox News’ Greta van Susteren. 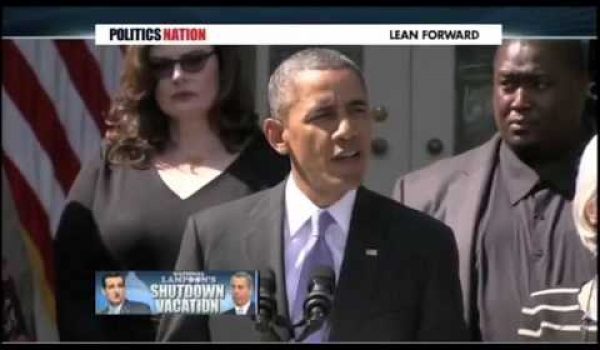