Mark Levin has proposed a series of “Liberty Amendments” to the Constitution through an Article 5 state convention. I have my own set of amendments which I hope to share here and add to his proposed Amendments.

The first involves the resurrection of the city-state. This plan would take our largest cities, governed primarily by socialist Democrats, and separate them out as independent, self-governing, self-funding political units, with no connection to the states, but within the exclusive oversight of the federal government.

There is a huge division and disconnect in the country right now between the socialist big cities and the conservative countrysides. Many times, especially in California, where I live, the socialist cities have enough people — and votes — to neutralize the will of the conservative countryside in every major state and federal election. Conservatives within that vast area are completely disenfranchised from true representation, up to and including the vote for President.

If you took San Francisco, Sacramento, and Los Angeles out of the state of California, and left the rest of the state alone to govern itself, the world of electoral politics would drastically change. Therefore I propose that cities over a certain size and metropolitan character be designated as city-states, that their legislators and officers be recalled from the state governments, that the city-states have no connection or ties with the surrounding states, that no person residing in a city-state may hold any government position in a state (and vice versa), that crossing a city-state line is the equivalent of crossing a state line, and that the city-states become completely independent political, legal, and financial entities.

What is a city-state? The dictionary definition is “a state made up of an independent city and the territory directly controlled by it.” City-states reached their zenith as sociopolitical entities in ancient times. They still exist to this day in the likes of Singapore, Vatican City, and Monaco. In ancient times, city-states frequently ended up being absorbed by the surrounding countries when they were no longer able to adequately defend themselves. That wouldn’t be a problem with U.S. city-states since tey would still be under the same protection as the rest of the country.

Why do this? Right now, socialist cities with huge, concentrated, liberal populations are free to elect — and in so doing control — the state legislatures, governorships, and other offices. Cities can plunder tax revenues, resources, water, and anything else they want from the rest of the state. To redress this grievous imbalance of power and bring about fair and equal representation to the conservative countryside, the major cities have to be separated out from the states. This would be done by counties, geography, status as a highly urban area, metropolitan area designation, transportation systems, infrastructure, and simple logic. City-states would not violate current county and state boundaries, unless a city-state naturally crosses state lines, like Kansas City.

The best example I know is my own San Francisco Bay area, a well-known socialist bastion. It is also a sanctuary city and source of huge welfare benefits and alleged voter fraud, and a sinkhole of other taxpayer’s money. All Californians pay taxes to support San Francisco, San Jose, and Oakland. So let’s isolate them and make them the prototype city-state. Geographically, the area is surrounded by hills and centers on San Francisco Bay. Politically, it is overwhelmingly liberal Democrat.

There are six counties within this area that, if combined, would comprise the perfect city-state. Those would be San Francisco (It’s both a city and a county) Marin, Contra Costa, Alameda, Santa Clara, and San Mateo Counties. The area has regional government and associations, as well as public transportation, highways, airports, seaports, and rail lines. It has Silicon Valley, major universities, the Pacific Stock Exchange, and is a world-renowned tourist attraction. This area could easily support itself and govern itself … and then leave the rest of California alone.

The basic concept of the city-state is a self-funding and self-governing entity. A city-state could pass confiscatory tax rates which residents would be forced to pay. The city-states could pass all the gun-ban laws they wanted, while the states would be free to honor the Second Amendment. The city-states could create their own laws and constitutions and would be free to create virtual dictatorships with the approval of their constituents. The city-state could make the most elaborate and inefficient public transportation system possible and pay the most outrageous wages and benefits to the union employees. But they would have to fully support the system with tax money only from within the city-state, not the rest of the state. City-states would set up their own courts, and run their own education, police, health, welfare, fire, and other departments.

According to Listosaur.com there are 10 modern secessionist movements in the United States. The one thing they all have in common is a political minority that feels powerless because it cannot win elections or initiatives, since the majority population outvotes them every time. One way to solve all the separate secession movements is to unify them under the city-state reorganization. In some of these cases liberal cities are dominated by a much larger conservative state majority, such as Miami, which would benefit by becoming a city-state and coming out from under Tallahassee. 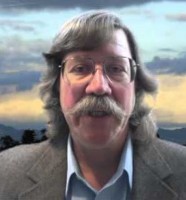 Greg Penglis is a flight instructor and author of the sarcastic and blunt "The Complete Guide to Flight Instruction." He has written for American Thinker and is host of "Penglis Online News," on YouTube.

U.S. sends dangerously mixed signals on Israel as a Jewish state
Next Post
What the media didn’t tell you about CPAC 2014