I’ve read and reread a number of books about Hitler this past year, so I decided to take another look at this Sebastian Haffner volume which I remembered enjoying–in the sense that I learned interesting things from it and appreciated his analysis–when I first picked it up years ago. A slim 165-page book, The Meaning of Hitler can, at first, appear to be a skimpy overview of a troubling period in German history. Don’t be fooled. Haffner, a German who left his native land during the Nazi regime when he realized what was happening, offers some surprising insights on a story we all feel we know well.

Perhaps not surprising is that Adolph Hitler was a madman. But we’re so used to having that label smacked on any strong tyrant that its pure meaning has been diluted. Hitler, says Haffner, unlike other dictators, totalitarian rulers, or war-mongering emperors, had no plan for Germany beyond his own lifetime. He had no grand political scheme other than holding on to power and reclaiming land he believed Germany was entitled to, dominating the world so that his Aryan tribe could demonstrate its superiority, and annihilating Jews. The latter task was so important to Hitler that he kept the Final Solution rolling even when resources devoted to it–battalions, transport–needed to be spent on the war effort.

Haffner believes Hitler was a man who enjoyed killing for killing’s sake. Near the end of the war, Hitler ordered the arrest of some “5,000 former ministers, mayors, members of parliament, party leaders and political civil servants of the Weimar Republic” in order to avoid the kind of rebellion that had cost Germany, in Hitler’s view, the war in 1918. But he went even further, Haffner reports:

Now (late 1944) he ordered any German who uttered the obvious and current thought that the war was lost and who hinted that he wished to survive it to be mercilessly hanged or beheaded. Hitler had always been a great hater and derived much inward pleasure from killing. The force of Hitler’s hatred, the homicidal drive in Hitler which had raged for years against Jews, Poles and Russians, was now quite openly turning against the Germans.

Viewing Hitler as a true madman makes it easier to understand how the cultured and educated German people could have fallen for him. But to this understanding, Haffner adds more depth. He points out Hitler’s populist achievements early in his regime, how he restored order and made the economy flourish, bringing Germany back to equilibrium after the devastation of defeat in World War I and its aftereffects. In fact, as another historian noted, if Hitler had died early in his tenure, he might have been hailed as “one of the greatest of German statesmen” for his accomplishments. It would have required, Haffner says, “quite exceptional perception and farsightedness to recognize in Hitler’s achievements and success the hidden seeds of future disaster…”

And, while today’s liberals like to place Hitler in the “far right” category, or even among “conservative” ideologues, Haffner refuses that glib labeling. Hitler, he says, was a socialist, a “populist, a man who based his power on the masses…His principal means of rule was demagogy, and his instrument of government was not a structured hierarchy but a chaotic bundle of uncoordinated mass organizations merely held together at the top by his own person.”

All these are “Leftist” rather than “Rightist” features, Haffner writes.

As to Hitler’s malignant anti-Semitism, Haffner again makes interesting observations about how this played out among the German people. While not denying anti-Semitic sentiments in Germany, Haffner suggests these were benign rather than malignant, with no lust for harming Jews, let alone killing them on a mass scale. After Kristallnacht failed to rouse the German public to the level of anti-Semitism he himself felt, after it, in fact, produced a sense of shame and embarrassment among many Germans, Hitler ensured that the masses would remain in ignorance or had the opportunity to delude themselves as to what was really going on. Extermination programs took place outside of Germany, and he made sure that German Jews were first transported to Theresienstadt where they could even write postcards to neighbors and friends…before transport to Auschwitz.

In the end, this mass serial killer turned on the German people, too, when it was clear to him that the war was lost. As pointed out above, he called for the killing of any “traitors” who spoke of surrender or defeat. He even had Eva Braun’s brother-in-law brought back and shot when he tried to get away…two days before Hitler himself committed suicide. And he wanted western lands evacuated to drive Germans into the hands of the Soviet armies and away from the more humane Brits and Americans.

He was a madman, a mass murderer, a homicidal maniac…but, Haffner demonstrates, he could have  been stopped. Every victory he achieved for Germany with force was against a weaker opponent. He’d cherished the delusion that Britain, a strong adversary, would sit out the war as a neutral. When it didn’t, and when the Soviet Union pushed back, when strength finally came to bear on his plans, he lost. Haffner concludes that Hitler chose Germany for his wicked machinations “without knowing Germany…”

The Germans were his chosen people because his inborn power instinct pointed to them like a compass needle as to the greatest power potential in Europe in his day — which in fact they were. And it was only as an instrument of power that he was ever genuinely interested in them.

Although it’s a relatively short book, it’s a dense read, and one wonders if that is partially due to translation challenges. But The Meaning of Hitler is well worth the time and effort. 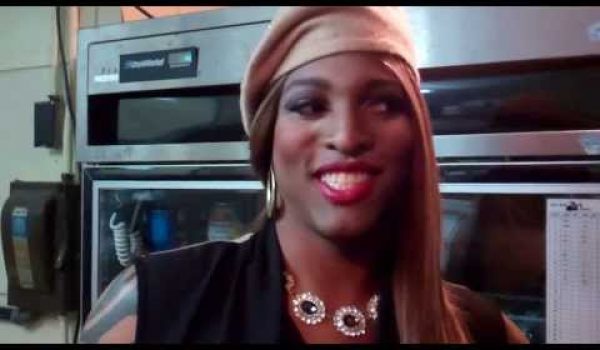 Video: Gay, lesbian troops in drag show in Okinawa
Next Post
Video: LA gangbangers suit up for Assad in Syria