There is a very revealing piece by Glenn Thrush at Politico this morning about the SCHMOTUS, Joe Biden. It was revealing in that we learn how much Biden wants to be POTUS, and the shunning of Biden probably caused the October government shutdown more as much as anything else.

Thrush conducted the interview while riding an Amtrak train with the VP. He describes the SCHMOTUS as a happy warrior who realizes he probably is not going to be president but is a fighter who definitely plans to try.

Never in his entire life has this man been better positioned to get the thing he most wants: the presidency. He’s climbed almost all the way to the top. And guess what? Somebody moved the ladder. How would you deal with that?”

Biden’s friends don’t believe he will run but won’t be surprised if he does. He feels he is more qualified than Hillary Clinton because of his record and his experience, not to mention his relationships with individual foreign and domestic leaders.

Biden’s plan this year is to travel the country, campaigning for others running in the midterms while picking up “chits” wherever he goes. He plans to announce his 2016 intentions one way or another after the midterms.

[Former Biden Chief of Staff Ron] Klain, according to several sources, has drafted another one of his famous memos outlining the narrowest of paths for positioning Biden in the 2016 race: either as a progressive alternative to Clinton or as an heir apparent, ready to pounce if she decides not to run. Klain predicted there was a “significant” chance Clinton would take a pass, due to illness or a reluctance to endure the personal trials of another presidential run. The others at the Biden retreat also came away feeling that Clinton would ultimately decide not to run — an indication of stunning prescience or group delusion.

Thrush says Biden is the ultimate dealmaker and his talents were important at the beginning of the administration. Whenever there was a crisis that required a last minute deal, the veep would go and talk to both sides and he would be very effective in doing what Harry Reid’s Ssenate wouldn’t do: strike a deal. Apparently Biden got things done because he is old-school. He believes you get things done by keeping relationships going and actually talking to the other side. But according to the piece, this made Harry Reid and a lot of Democrats angry. They felt he wasn’t being stubborn enough.

Behind closed doors, though, Biden was telling friends, “It was a terrible spot to be in.” You can’t show up the newly reelected leader of the free world, not to mention the Senate majority leader, Harry Reid, who had been grousing for years that Obama and Biden weren’t driving hard-enough bargains, without the expectation of a backlash. “I have a f**king target on my back,” Biden told a confidant.

In the end, it was Biden’s ability to get a compromise that caused Harry Reid to urge Obama to keep the SCHMOTUS out of the negotiations this past September, which lead to the shutdown of October 1st.

Probably the most telling thing about how Biden views his future is the story he tells Thrush at the end of the piece.

Biden is a guy who grew up around car salesmen in Scranton, and he has picked up a salesman’s habit of collecting aphorisms from the people he talks to, little life lessons that fortify him on days when nobody’s buying. A story he’s been telling lately comes from a veteran of his security detail, Billy Davis, a standout college defensive back whose 47-yard punt return in the 1982 Orange Bowl powered underdog Clemson to the national championship over heavily favored Nebraska. The riff starts with Biden asking Davis why in the hell anybody would want to subject themselves to the bone-crunching abuse of returning punts.

“It’s just me back there,” Davis replies, in Biden’s retelling of the story. “I’m the guy with the ball, and 11 guys are trying to get me. It’s great! Punt it to me!”

After reading the piece I cannot say for sure whether or not Joe Biden will run, but it’s obvious he desperately wants to be president.

The media’s coverage of Arizona’s SB 1062 was grossly inaccurate and slanted
Next Post
Video: Watch a third grader struggle to solve a math problem using a Common Core plug-in 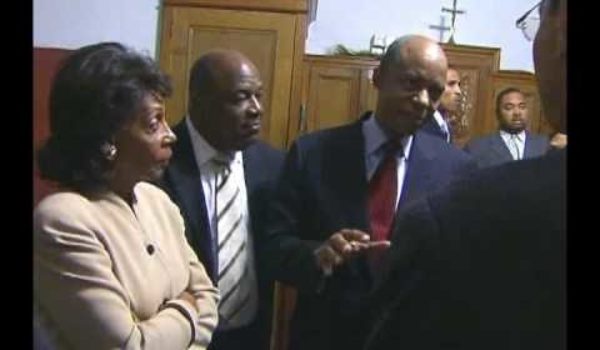