Even when the U.S. avoids intervening in a country, left-wing conspiracy-theorists claim the U.S. is involved.  On February 22, the leading liberal web site Daily Kos “recommended” a “story” by one of its Diarists claiming that student protests against the authoritarian socialist Maduro regime in Venezuela were part of a U.S.-orchestrated conspiracy against Venezuela in conjunction with “right-wing oligarchs.”

The recommended article, “Venezuela: A Serious Threat to The Int’l Neo-Liberal Cartel Hegemony,” defended the oppressive regime and insisted (with no evidence) that the protesters (who are being shot to death on the streets) are puppets of the U.S.  It also claimed that the inflation and shortages that pervade daily life in Venezuela are the result of a clandestine U.S. conspiracy.

The Daily Kos blog is widely read and parroted by the Democratic base, to the point that I regularly read it to get a sense of what liberal legislators and liberal activists will be pushing in the weeks and months ahead. With attitudes like this, it’s no wonder the Obama administration has said little about the violence and repression in Venezuela.  The President doesn’t want to offend his own political base.

Oil prices are many times higher today than when Venezuela’s current ruling party took power, so oil-rich Venezuela would have become the richest and most prosperous country in Latin America, rather than being plagued by rampant shortages and inflation, had it not been for the regime’s economic mismanagement and repression.  But socialist mismanagement has dissipated much of the oil wealth that was showered on the country over the last decade due to skyrocketing prices for oil.  (Prices for the type of crude oil that Venezuela produces have risen by an even bigger multiple than the price of oil in general).

Socialist Venezuela has taken a very different path from neighboring capitalist Colombia. In 1999, just before Marxist Hugo Chavez took power in Venezuela, life expectancy was 3 years longer in Venezuela than in Colombia. But after 14 years of socialist rule, life expectancy in Venezuela is now a year shorter than in Colombia. (These figures are from the World Almanacs for 1999 and 2014.) Improvements in life expectancy have stalled in Socialist Venezuela even though Venezuela, unlike Colombia, has vast oil wealth, and benefited from rapidly-rising oil prices during Chavez’s rule, enabling Venezuela to dramatically increase government health care spending. Under the regime of Chavez and his successor, Nicolas Maduro, Venezuela’s capital, Caracas, has become one of the world’s most violent cities. Meanwhile, Colombia has become less violent, even though its historical legacy included civil wars in the 20th century that cost hundreds of thousands of lives. Colombia also has a lower infant mortality rate than neighboring Venezuela.

Shrinking economic freedom is bad for your health. Formerly communist countries like Russia (which still has a heavily state-dominated economy) tend to have shorter life expectancies than more pro-free-market countries. The average man in Russia lives around 60 years (59.2 years, according to the 2009 World Almanac; 64 years, in 2014), compared to over 70 years in Turkey and Thailand, even though Russia is richer due to factors like oil and mineral wealth (its per capita income was nearly twice as high as Thailand).

Some on the left cite Cuba as an exception to this rule, but it really isn’t. Cuba led virtually all countries in Latin America in life expectancy in 1959, before a communist regime took power in Cuba. But today, countries like Panama and Chile that once had shorter life expectancies than Cuba now have slightly longer life expectancies (even if you trust official Cuban government statistics), even though countries like Panama were much poorer than Cuba before Cuba became Communist, and had a much shorter average lifespan.

As the progressive economist Brad DeLong admits (he calls it “hideously depressing”), Cuba’s health achievements predated Castro and Communism, and Cuba’s relative position in health and education has eroded under Communism:

Such “achievements” are just a myth, since Communism slowed Cuba’s progress in life expectancy, and made the country regress and fall behind in things like living standards, transportation, and communications. Economic freedom has recently declined in the U.S., although, thankfully, not remotely to the degree it did in Cuba under Castro.

Under the Obama administration, America has declined not just on the Index of Economic Freedom, but also in other rankings, like the World Economic Forum’s global competitiveness rankings. America now ranks only 42nd in property rights protections, far lower than when Obama took office. (I cite the World Economic Forum for the sake of balance, since they are not conservatives or “small-government libertarians.”) 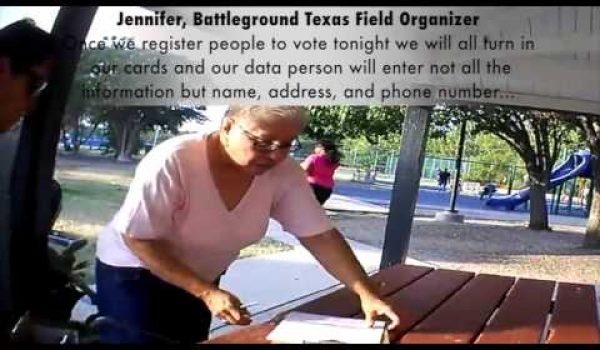