While being careful to say they want the IRS to scrutinize all political groups equally, vulnerable Senate Democrats are pushing the agency to be more aggressive in policing outside organizations spending money in their campaigns, particularly those running ads against them,  The Hill reported Thursday.

Democrats, The Hill added, are worried about an impending tidal wave of attack ads funded by organizations allied with conservative Republicans.

One group Democrats want targeted, for example, is Americans for Prosperity, an organization funded by the hated Koch brothers.  So far, the organization has already spent some $30 million on ads attacking Democrats.

“If they’re claiming the tax relief, the tax benefit to be a nonprofit for social relief or social justice, then that’s what they should be doing,” said Sen. Mark Begich, an Alaska Democrat facing a very competitive race.  “If it’s to give them cover so they can do political activity, that’s abusing the tax code. And either side.”

Sen. Jeanne Shaheen, D-N.H., said the IRS should “absolutely” be more aggressive in targeting organizations that spend money in campaigns.

“Both on the left and the right,” she added. “As taxpayers, we should not be providing a write-off to groups to do political activity, and that’s exactly what we’re doing.”

Sen. Charles Schumer, D-N.Y., has been very open in his desire to see the IRS squelch conservative groups like the Tea Party.

“The Tea Party elites gained extraordinary influence by being able to funnel millions of dollars into campaigns with ads that distort the truth and attack government,” he told the far-left Center for American Progress.  “There are many things that can be done administratively by the IRS and other government agencies — we must redouble those efforts immediately.”

The Hill said Democrats know they must tread carefully when pushing the IRS to act against political groups.

The IRS has proposed new rules that, if enacted, would severely limit the political speech of many organizations.

But are the new rules really necessary, or are they an attempt to silence conservative speech?

A post at the Gateway Pundit reminds readers that ten leading Democrats, including Max Baucus, Chuck Schumer and Al Franken, wrote the IRS demanding the agency crack down on conservative groups.

In 2012, Schumer and Franken signed a letter demanding the IRS take action against conservative groups, warning the agency that legislation would be introduced if they didn’t comply.

“The IRS should already possess the authority to issue immediate guidance on this matter. We urge the IRS to take these steps immediately to prevent abuse of the tax code by political groups focused on federal election activities.  But if the IRS is unable to issue administrative guidance in this area then we plan to introduce legislation to accomplish these important changes,” the two Democrats declared.

As we reported last May, Sen. Dick Durbin, D-Ill., said he had no regrets sending the IRS after Crossroads GPS, an organization started by Karl Rove.

Hundreds of conservative and Christian groups were targeted by the Obama IRS starting in 2010, and many believe the agency’s actions may have helped suppress the conservative vote in 2012, paving the way for an Obama victory.

Yesterday, we also reported that 100 percent of established 501(c)(4) groups audited by the IRS leaned to the right, and individuals who criticize Obama are increasingly finding themselves targeted by the IRS.

Some lawmakers have even demanded the IRS enforce political correctness, saying the agency should go after the NFL over the Washington Redskins team name.

Now, it appears Democrats are openly calling for the government to use the most feared agency in the country to ensure a political victory. 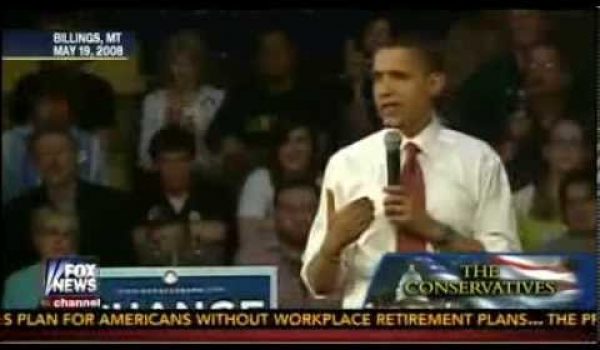