The latter, by far.

Yesterday at High Noon, Mother Earth decided to up and quickly dump snow and ice on Atlanta and Birmingham’s metro areas, prepped for immediate sticking by hours of freezing temperatures, just as millions of commuters sought to ensure that they and their children were able to return to Home Sweet Homes before sundown. The confluence and timing of events precluded thousands from achieving that goal and no government action at the time would have improved the chances for most.

But Mike, if only meteorologists had been more precise in their predictions of the path of the storm. Oh really, and did those areas that were predicted to have a wintry mix preemptively close down their cities before 5am in anticipation of its arrival at Noon? No, if they had, they would have been ridiculed even if the less than three inches of precipitation had arrived since it would not have been deemed as significant after the fact given the absence of evidence of what would have naturally happened. And even if Metro Atlanta had anticipated exactly the precipitation that fell and when, they could not have scraped and salted roads jammed with vehicles, nor cleared roads and kept them clear given the speed of the confluence of events.

But Mike, Southerners are just ignorant and stupid hicks that don’t know how to drive in the snow. Driving ability had nothing to do with the severity of SnowJam 2014 that left so many stranded in their offices, schools, cars and buses. It wasn’t wrecks on the highways that brought traffic to a halt. It was the packed snow and ice and physics (see also Mother Nature).

New Orleans had days of warnings to prepare for Hurricane Katrina but, contrary to the liberal Democrat media, most governments did all they could do to minimize the aftermath of a levee break that could not be predicted.

Man can’t change the climate nor prevent any and all suffering resulting from acts of God, even with totalitarian dictatorships that might have immediately issued an emergency order requiring parents to delay transporting their children from government schools to harbors safe from liberal indoctrination before night fall. But man can, in a constitutional democratic republic, prevent their government from wrecking the economy and health care; if enough of We the People don’t continually fall for the promises of liberal Democrats that they can solve every problem in life that has occurred and prevent the occurrence of any in the future.

Does anyone anymore think that a President Barack Obama that has frozen out hope for millions of Americans, or even the competent Mayor of Atlanta Kasim Reed and Georgia Governor Nathan Deal, can take care of us better than we can take care of ourselves?

Yesterday and today, thousands of Alabamians and Georgians suffered from long commutes, exposure to cold temps, and even being stranded on the road all night. We can cry all we want about mass transit, meteorologists, sufficient numbers of available snow plows and whether government should have acted differently in response to unpredictable events to try and reduce suffering from 11 hours to 5 minutes or less.

But what we should be crying about is that voters didn’t choose to freeze out Obama and the Democrats from implementing any more destructive liberal government-run policies in 2012, which resulting suffering has now lasted for over five years.

Obama SOTU filled with mistatements and distortions, GOP response not so much
Next Post
Congressman physically threatens reporter redux 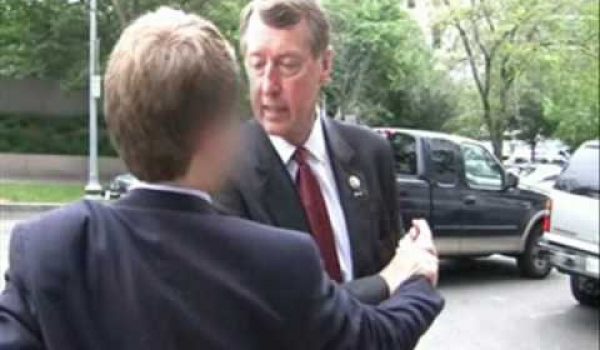