The gauntlet has been officially thrown down by new Department of Homeland Security (DHS) chief Jeh Johnson, who declared:

An earned path to citizenship for those currently present in this country is a matter of, in my view, homeland security to encourage people to come out from the shadows.

This is nothing new, mind you. The man who hand-picked Johnson to replace outgoing DHS secretary Janet Napolitano issued a policy directive in August that effectively grants amnesty to illegal aliens by default. As Heritage Foundation blog the Foundry reported at the time:

This latest directive instructs Immigration and Customs Enforcement (ICE) officials not to enforce immigration laws in cases where an illegal alien is the primary provider for any minor child — regardless of the child’s immigration status — or the parent or guardian of a child who is a U.S. citizen or legal permanent resident.

But the president has not been content only to offer amnesty unilaterally to the estimated 11 million illegal aliens in the country. He and other top Democrats have also repeatedly warned Republicans that they had better toe the line or get shoveled under when the nation’s population becomes majority-Hispanic in another thirty years.

Indeed the GOP seems to be heeding the warning:

House Republicans are preparing to unveil their own broad template for overhauling the nation’s immigration system this week, potentially offering a small opening for President Obama and congressional Democrats to pass bipartisan legislation before the end of the year.

Speaker John A. Boehner of Ohio and other Republican leaders are expected to release a one-page statement of immigration principles this week at their annual retreat in Cambridge, Md., according to aides with knowledge of the plan. The document is expected to call for border security and enforcement measures, as well as providing a path to legal status — but not citizenship — for many of the 11 million undocumented immigrants in the country, the aides said.

The question is why Obama continues to nudge the opposition party in the direction of amnesty. He has made the case numerous times that legalizing those who sneaked across the border is good for the nation. Here is part of what he said on Citizenship Day 2013:

We are a proud Nation of immigrants, home to a long line of aspiring citizens who contributed to their communities, founded businesses, or sacrificed their livelihoods so they could pass a brighter future on to their children. Each year on Citizenship Day, we welcome the newest members of the American family as they pledge allegiance to our Constitution and join us in writing the next chapter of our national story.

Throughout our history, immigrants have embraced the spirit of liberty, equality, and justice for all — the same ideals that stirred the patriots of 1776 to rise against an empire, guided the Framers as they built a stronger republic, and moved generations to bridge our founding promise with the realities of our time. [Emphasis added]

It would interesting to hear him explain how stealing clandestinely across the border into a sovereign nation embodies the “spirit of justice,” since the act by its nation is a violation of the law.

But returning to the question posed earlier, if unconditional amnesty is a win-win for the nation, why is the president urging the GOP to get on board with his comprehensive immigration overhaul now? Wouldn’t it behoove him to postpone this initiative for a time when Democrats control the White House and both chambers of Congress — when they can legalize amnesty without a single Republican vote? It would elevate the Democratic Party to previously unimagined heights as the party of the “American majority.” Doing that of course would mean Obama’s “taking one for the team,” sacrificing his legacy for the welfare of his own party. It would mean cynically putting politics over policy. 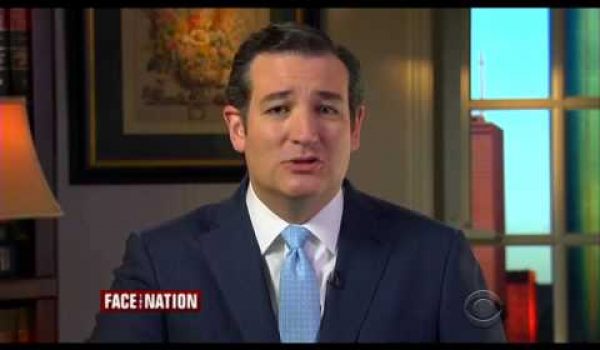