And by Manchin-Obamacare-Democrats, I mean ALL elected Democrats serving in Washington, D.C. today at the White House, Blair House and on Capitol Hill. Last week, we reported on the Langford family’s Christmas spent, at President Barack Obama’s suggestion, surfing Healthcare.gov for an individually-mandated Obamacare-subsidized insurance policy only to find that no plan would cover their 3-year-old child. Of course, that same Democratic Party Chief Executive and, significantly, all elected Democrats in Washington, D.C., promised that the purpose of Obamacare was to provide subsidies so that the 30-40 million uninsured Americans could obtain health insurance. Americans like the Langfords need not worry, as they would get to keep insurance policies they liked.

Even before the 2009-2010-passed (with only Democrat votes) law took effect last October, scores of Democrats lost their seats in the 2010 tea partier conservative GOP-mid-term landslide election precisely because the over 2000-page Patient Protection and Affordable Care Act included easily-readable insurance coverage mandates, and a very narrowly-defined grandfather clause, that made the promise of continuity an obvious lie just to get the law passed.

Despite that electoral rejection of an ACA passed via unconstitutional methods (it originated in the Senate instead of the House in violation of Article I) after Republican Scott Brown won the late-Ted Kennedy’s senate seat in Massachusetts and the GOP took the House, all Democrats remaining in Congress and all those re-elected along with Obamacare’s eponymous author and newly elected in 2012, continued to support it. This despite the effect the ACA was already having on companies having to reduce employee hours to part-time in order to avoid onerous employer-mandated health insurance coverage for full-time workers.

Among those Democrats that supported Obamacare before and after its passage and that touted his  support in their winning-election campaigns includes Senator Joe Manchin of West Virginia, one of the few remaining “Drawl-and-thats-all, mythical-conservative-Democrats – a category of political liars yours truly identified and so-dubbed in 2006.

Variously known as “Boll Weevils” in the 1980s for Southern Democrats that supported President Ronald Reagan’s tax cuts and defense build-up, and then, Blue Dogs mostly for throw-away votes with conservatives in the late 1990s and early 2000s on bills whose fates were already decided; by the time Manchin was first elected to the U.S. Senate in a 2010 special election to fill the late Sen. Robert Byrd’s seat, few Democrats remained in the Senate from the South and few from any region that bothered to pretend to be conservative.

Manchin had numerous opportunities to read the ACA before announcing his support for it while Governor of West Virginia in 2009, while running for Senate in 2010 in 2012 and when voting against repeal, de-funding and/or delays while a senator.

Yet, he had the audacity to verbally advocate delay during the Sen. Ted Cruz (R-TX)-generated government shutdown in October while voting against a contemporaneous bill that would have done just that. Despite his semi-drawl and insistence he is a centrist, most recently on as “Center Seat” guest of The Panel on Fox News, he has supported and voted to fund and retain Obamacare, as is, every time he has had a chance.

In other words, Manchin is a liar worse than admitted liberals Barack Obama, Harry Reid and Nancy Pelosi.

His excuse: That if he had had the time to read the bill before offering his support, he would not have supported it. The ACA was signed into law in 2010. He has had over three years to read it, yet:

What a difference seven months — and an election — makes! Joe Manchin told Chris Wallace on yesterday’s Fox News Sunday that he would have voted against ObamaCare if he had taken the time to read the bill before casting a vote. A year ago, though, Manchin was cheerleading its passage, telling people that no bill is ever perfect but that the time had come to pass this particular government grab of authority. Did he bother to read the bill first before giving that advice, or was Manchin just acting as a rhetorical rubber stamp for Obama?

The videos of that October 2013 interview and 2012 campaign statements will make you dizzy, here.

But in September, he merely wanted delay:

Would a delay of lost policies people like, premium increases, massive influx into Medicaid that doctors and hospitals are fleeing from be sufficient? Of course not.

There are only two ways that Democrats, who know that by choosing to be a Democrat what liberal policies they are signing on to, can purge themselves of past sins and redeem their present and future:

1) Resign their seats and when they next they run for office, do so as a Republican; and/or

We remember the many years that Sen. Ernest Hollings and Rep. John Spratt served our native state of South Carolina voting at rates of over 85% with liberals, only to turn on the drawl in election years to fool voters that they represented their conservative views.

Manchin is a smooth operator but he, and all others in the party of Jefferson and Jackson that neither Jefferson nor Jackson would recognize as compatible with their views today, only serve their conservative constituents with meaningful votes on the law. If we want or need pleasing conservative rhetoric, we can get it elsewhere.

We elect lawmakers to make good law and not to make us feel good when they appear on TV. Or at least we should… 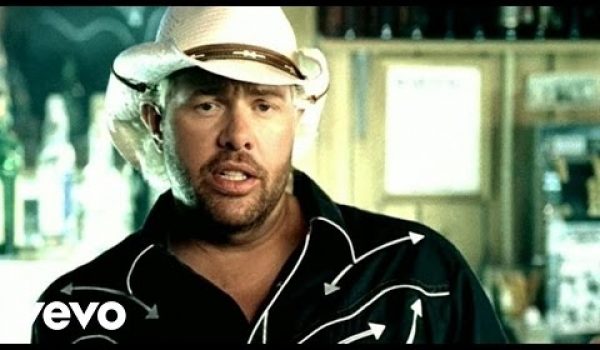