One has to be sparing with exclamation points, but this one’s a lollapalooza.  A dilly!  A doozie.  A big honkin’ mess-a that Middle East Security Hotness.  You heard right folks:  the United States of America has a “West Bank security proposal” for Israel, and we’re sending a retired Army general to present it to Mr. Benjamin Netanyahu, himself.  !!!!!!!!!!

Why did no one think of this before?  Finally, someone has done something pragmatic and positive about the Israeli-Palestinian standoff, and just written up a proposal for the Israelis to chew on already.  The Obama administration has at last gotten things off top dead center with Iran, and it’s time to tackle those other intractable Middle East Security Problems, while the momentum is still red-hot.

The New York Times has done yeoman work in recent years pitching verbatim the information themes of the Obama administration, but interestingly, it comes off as a tad perfunctory in the story about the West Bank security proposal.  The tale seems to lack a little of that believer’s heart to it.  You might almost get the sense that there’s some editorial skepticism about the wisdom of this fresh Brainstorming for Peace initiative.

Almost.  Letting the Obama administration off the hook, as usual, for vagueness and strange diplomatic fire, NYT notes the following:

General Allen’s presentation appears to signify a more active American role, in which the United States is doing more than coaxing the Israelis and the Palestinians to negotiate and is presenting its own ideas.

What are the ideas about, exactly?  The NYT authors again:

Officials involved in the negotiations said security had been the prime focus lately, with most of the discussion revolving around the Jordan Valley. Israel has insisted that its own military continue to patrol there, rather than rely on an international force similar to those responsible for its tense borders with Lebanon and Syria. The Palestinians have said they cannot abide the presence of any Israeli soldiers in their future state.

Keep in mind, if George W. Bush’s officials were being so elliptical about a U.S.-drafted West Bank security proposal, NYT would be right in there concluding indignantly that American troops were about to be drop-kicked into the Jordan Valley to embroil a duped and overextended United States in Another Vietnam Quagmire (Marine Barracks Beirut Variety).  It would be barely possible to figure out what the Bush administration had actually said, so thick would be the underbrush of quotes from policy “critics” through which the reader would have to hack.

No such quotes enliven the current NYT piece.  The Obama administration gets the benefit of the doubt.  Maybe putting U.S. prestige and bona fides on the line with an unsolicited, and apparently very specific, security proposal to an ally isn’t a bad idea.  Maybe it’s not undiplomatic and prejudicial to announce it publicly before our briefer has even presented it to Israel’s prime minister.  Maybe it’s just, what, enthusiastic.  Maybe there’s nothing to be concerned about in the fact that the preemptive announcement is so vague.  Hey, we’re just talking – probably – a about U.S. proposal for administering military security in the Jordan Valley.  What could go wrong?

State Department officials described the security briefing as an “ongoing process” and not a finished product on which the United States was demanding a yes-or-no vote from the Israeli side.

Sure, because announcing it in advance will put no onus on Israel to respond in a yes-or-no-type manner.  This formulation is like an addict pleading that he’s not using, he’s just snorting some coke.

We are left, as we so often are, to read chicken entrails and try to divine the purposes of the enigmatic Obama administration.  Ask the question “Cui bono?” – who benefits from this? – and the honest answer comes back: “Blamed if I know.”  I really can’t tell.  It’s not us.  We’re just going to look stupid: the Doofus wandering through a slapstick cartoon unaware of the mayhem he’s leaving in his wake.

It’s not Israel.  As if he needs more on his plate, Netanyahu will now have to choreograph another diplomatic sidestep, one that affirms Israel’s ties to the United States and shores up our tattered global image to the extent possible.  I’m sure Bibi will thank General Allen for all his good work, and wish him a Merry Christmas to boot.

It’s not the Palestinian Arabs either.  They have no intention, for one thing, of suddenly being amenable to a deal they’ve already rejected more than once.  If the U.S. has been drafting the security proposal in consultation with Israel, but not with the Palestinian Authority, I would expect the Arabs to consider that grounds at the very least for slow-rolling any resulting initiatives.  If we find out that Valerie Jarrett has been negotiating a West Bank security proposal with the PA for the last year, unbeknownst to the Israelis (well, OK, the “unbeknownst” part is unlikely), I think we can mainly expect that Ben Affleck will direct the Oscar-winning movie about it all, ca. 2018.  (I don’t see a role for George Clooney or Brad Pitt, but there’s bound to be something for John Goodman.)

This initiative seems so gratuitous as to defy even the conspiracy theorist’s logic.  The only way I can put it in context is to cycle back to the non-deal Iran “deal,” which may not be an actual deal, but which has gotten the pundits in Washington and the capitals of Western Europe talking as if it’s an actual deal.  Team Obama has a pattern of being gratified and requited by such responses, as if they represent something real and meaningful.

It’s hard to imagine being so insistently deluded and narcissistic: to imagine actually judging your impact by whether the pundits’ narrative reflects your intended themes or not, regardless of reality (e.g., that Iran isn’t going to change any of her behavior at all – see here, here, and here – and there is nothing to wait and “see” in the wake of the back-slapping and photo-opping in Geneva).  But so Team Obama seems to interact with its world.  The mainstream media share the blame here, of course (or the credit, depending on your perspective).  The best I can tell, with the West Bank security proposal, the Obama administration is just trying to create a narrative again, one in which it figures, for a brief shining moment, as a superhero.  Then it will be time to move on to the next narrative blast on the geopolitical New & Hot chart. 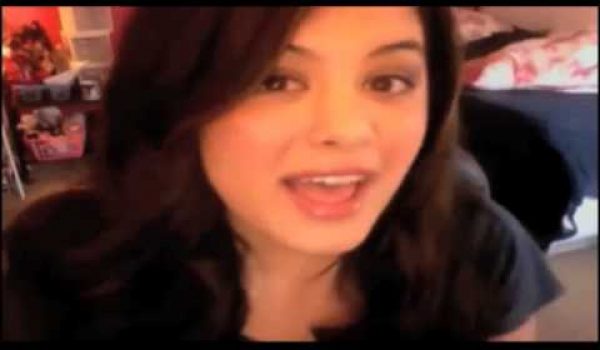