If you’re feeling vexed by evils unleashed by the Pandora’s Box that Barack Obama opened four years ago, you’ll appreciate the comic relief the White House provided yesterday by declaring that the Healthcare.gov website is now running at “private sector velocity and effectiveness.”

Let that phrase sink in for a moment. A website that was a linchpin in a government plan to co-opt one sixth of the economy on the premise that it could do a better job is now using success in the private sector as a yardstick against which to measure its dubious progress. It is reminiscent of the boast on generic product labels that the contents of the package are just as good as the name brand item.

It’s seldom true, and this case is no exception. By the optimistic assessments, the website is now capable of handling 50,000 consumers at a time. Never mind that many are now encountering a queue screen (at right), advising that the site is currently swamped and urging the user to cool his heels. (This, we are told, is a vast improvement over the error messages, although some users are still getting these as well.)

In addition, if major retail sites, such as Amazon.com, were able to process only a paltry 50,000 consumers at a time, they would soon go out of business.

Finally, there are the reports that the system is still not functioning on the “back end” — the part of the process that ships a user’s preferences off to the insurer so that a policy can be written. This could result in an unpleasant surprise on Jan. 1 for many consumers who believe they have signed up but remain uninsured.

The situation is so laughable that even NBC’s chief White House correspondent, Chuck Todd, normally an Obama apologist, ridiculed the claim about private sector velocity and effectiveness on Sunday’s “Meet the Press.” A transcript appears below the video.

CHUCK TODD: David, the most interesting thing in this report, right, page one– it’s page three of the report, it says here that, ‘The team is operating with private sector velocity and effectiveness.’

CHUCK TODD: Okay, that is an acknowledgement that, ‘You know what? If this was a government operation for a long time and it failed, now we’re bringing in the private sector folks.’ I mean, that is an indictment on the whole idea of government as a solution, frankly, when you look at [unintelligible]. 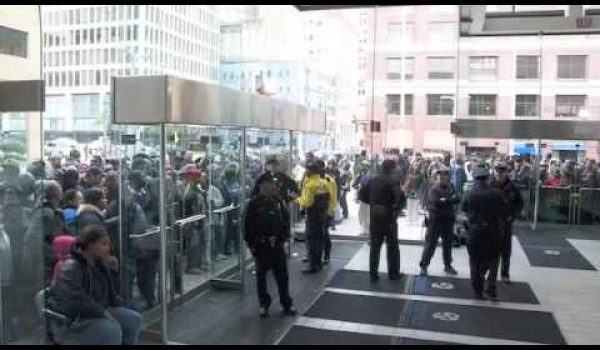