With that said, I simply must ask rhetorically if it’s possible that every member of the species Kennediae absolutely must be classified as genus Liberalis, Familuis Democratus?

No matter how hard the Left claims John Kennedy as one of their own, the facts simply don’t pass muster under the harsh light of objectivity and plain old common sense.

What’s especially insulting is those that utter the name of Jack Kennedy in the same breath as Barry Soetoro Obama insinuating the two are ideological twins.

Speaking in terms specifically concerning our military, there’s quite the argument that John Kennedy could out-Reagan Ronald Reagan.

On the other side of the coin, there’s quite the argument that Obama makes Neville “The Coroner” Chamberlain look like Genghis Khan cranked up on meth.

After volunteering for active duty as a Naval Officer during WWII, Kennedy, the son of the US Ambassador to the Court of St. James, could have easily landed a cushy and ever-so safe desk job in DC or even at the old Naval Air Station down in Fort Lauderdale, Florida. Instead, Kennedy volunteered for service in the South Pacific. And to further fret his momma, young Jack figuratively had to fight his way into PT Boat duty, one of the most dangerous tours for a sailorman during the war.

Before I forget, Kennedy was also seriously wounded when his plywood PT-109 was actually ran over by a Japanese destroyer. His personal courage and leadership saved the lives of more than a few of his men and also ensured he was decorated for personal heroism.

As for Obama? He enrolled in a number of institutes of higher learning under questionable lineage and even more questionable circumstances. Serving in the armed forces of his country was obviously the furthest thing of Barry’s mind. Besides, one would think recruiters for the Kenyan Army are few and far between in Hawaii.

It’s All About the Troops…

It was President Kennedy that signed into law that members of the Armed Forces will get an annual pay raise. After signing HR 5555, he explained in a speech that members of the military deserve increased benefits because they protect the country’s overall security, as well as the safety of individual citizens.

How about Obama’s relationship with the individual troops? Bypassing federal law, he saw fit to cut the annual pay raise for the troops from an already pathetic 1.8% to an almost microscopic 1 percent. His rationale? “Serious economic conditions” faced the country.

Yet amazingly, the Family Obama somehow found enough loose change under the sofa cushions to vacation in Africa just a few short months ago at a cost to the taxpayers $100,000,000.

I’ll Use Medical Terms So No One Freaks out…

In the grand scheme of things there are also some considerable differences.

Under Obama’s watch, a rather large number of Flag Officers (Generals and Admirals) have been purged from the ranks somewhat mysteriously.

Please remember, during his inaugural address in 1961 Kennedy famously stated:

Let every nation know, whether it wishes us well or ill, that we shall pay any price, bear any burden, meet any hardship, support any friend, oppose any foe, in order to assure the survival and the success of liberty.

Could You Envision Obama Doing That? Me Neither….

President Kennedy never accepted a single penny of his presidential salary, electing instead to donate his entire salary to charity. The man literally volunteered to the the President of the United States.

Personally, I’m still waiting for Comrade Barry to get a “comfortable pair of shoes” and walk with those downtrodden workers. Just as he promised back in 2008. 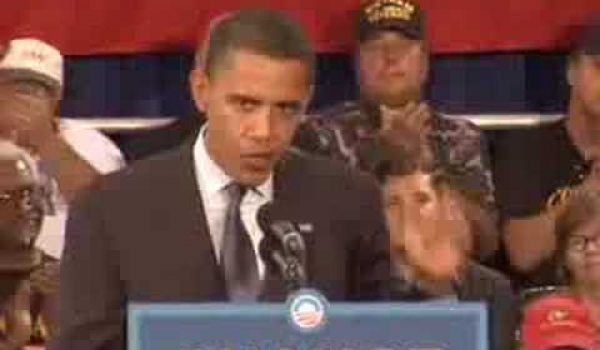