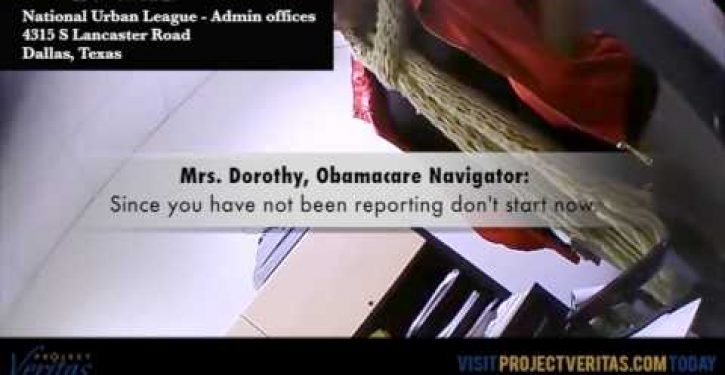 Ironically, the only concession Republicans attained after the Obamacare-inspired government shutdown was to reverse the law’s namesake Chief Executive’s latest rule by fiat waiving income verification for HealthCare.gov customers seeking taxpayer subsidies for exchange-bought health insurance policies. As you can see with your own eyes, truth is not a priority in Project Fundamentally Transform America.

The Rule of Law has been replaced by crony capitalism and a spoils society that farms out hit jobs on taxpayers that resemble instructions in money laundering operations by Al Capone. If only IRS agents were so accommodating with “customers” concerning forgotten income.

It could be worse. The GOP might have gotten President Barack Obama to sign a CR or debt limit increase that repealed Obamacare, which would all but have ensured that it would have been fully imposed on all Americans at gunpoint before Christmas lest they be massacred by St. Valentine’s Day.

The only issue remaining will be who wins the IRE Award for exposing the most egregious act of government-run fraud. Project Veritas for its report on the Navigators or an award akin to the Time Magazine’s 2006 Person of the Year to “You”, since all of us saw President Obama in broad daylight promise us all that we could keep doctors and health insurance policies we liked.