Those TV commercials emphasizing the word “and” rather than “or” are the key to understanding the basic proposition in the current P5+1 negotiations with Iran.

In the commercials, ecstatic consumers prefer to get x and y, as opposed to getting x or y.  If it costs the same, who wouldn’t?  Certainly, it’s what Iran would prefer, in the current series of humorously named “negotiations”: relief from sanctions, and the opportunity to continue preparing for a nuclear breakout, with as few concessions to the P5+1 or a UN monitoring program as possible.  Ideally, there would be another “and” in the mix: a lower, as opposed to higher, probability of an attack by Israel on Iran’s nuclear weapons-related facilities.

The sequence of events in the last few days tells the tale.  The negotiators met in Geneva.  The potential for a deal was disclosed by the Iranians.  The terms of the deal, wildly unfavorable for the Western nations’ putative goals, got a chorus of boos from Western defense hawks, as well as from Saudi Arabia and Israel.  The Obama administration uttered perfunctory disclaimers about there being no actual deal in prospect.  Now the most recent reports suggest the current round of talks will end without a deal.

To say the “negotiations” have an Alice in Wonderland quality to them would be to stand that allusion on its head.  It’s Alice in Wonderland that can take lessons from the Iran-nuclear negotiations.  Nothing makes sense, but there’s a chorus proclaiming that it does, and the chroniclers chronicle industriously as if the set-piece gestures and official fanfare are all leading somewhere.

The golden thread of truth is that Iran continues to simply withstand the gestures and official fanfare.  And it appears that she’ll come out of this round with all the “and” she wants.

First, readers, disabuse your minds of the false premise that Iran wants a deal.  That premise is a figment of the Western media consumer’s imagination, created by the diplomatic vehicle of negotiations – which implies a mutual search for agreement – and the existence of a sanctions regime.

But Iran doesn’t need a deal.  In the absence of a deal, the Iranians will just keep performing the uranium enrichment and other nuclear activities they’ve been engaged in throughout the past decade.  In fact, a deal could create the inconvenient appearance of a change in the situation: a warning klaxon going off, at a time when Iran prefers things to remain on autopilot.  If an actual deal looked unfavorable enough for Western objectives, it might impel Israel to do something drastic.  Avoiding a deal may very well be Iran’s best option for now.

So it’s not Iran; it’s the other side that wants a deal – and it’s not even all of them.  Russia and China can take or leave a deal.  It depends on what’s in it for them.  The Western nations – the U.S., UK, France, and Germany – are the ones that want a deal.

How badly do they want a deal?  That might seem like a murky question, but it really isn’t.  The answer is simple: not badly enough to try and force a meaningless deal on an unwilling Iran.  (This actually seems to argue for the Western nations retaining a shred of sanity, at least at the superficial level of appearances.)

If we try to read Western intentions through Western actions, we come up with an interesting mix of signals.  It’s a poignant mix, in some ways.  The “EU-3” nations have actually made an effort in recent weeks to keep up sanctions pressure on Iran.  They’ve had to look for ways to overcome rulings from EU courts against the application of sanctions, because the EU’s premise of collective government is foolish enough to give the judiciary the authority to rule on the transnational union’s foreign policy:

EU courts have upheld companies’ challenges to the Iran sanctions on a variety of grounds, including failure to provide sufficient evidence of a person or company’s connection to Tehran’s nuclear activities and refusal to provide defense lawyers with enough details of the case against them.

The post-nationalist ideal does present its challenges for security.  Meanwhile, however, as many readers will be aware, the Obama administration has been giving Iran some unilateral sanctions relief of its own.  Eli Lake and Josh Rogin have the story at the Daily Beast:

A review of Treasury Department notices reveals that the U.S. government has all but stopped the financial blacklisting of entities and people that help Iran evade international sanctions since the election of its president, Hassan Rouhani, in June. …

“For five months, since Rouhani’s election, the United States has offered Iran two major forms of sanctions relief,” [Foundation for the Defense of Democracies executive director Mark] Dubowitz said. “First there’s been a significant slowdown in the pace of designations while the Iranians are proliferating the number of front companies and cutouts to bust sanctions.”

The second kind of relief Dubowitz said the White House had offered Iran was through its opposition to new Iran sanctions legislation supported by both parties in Congress.

Numerous other sources had already reported, of course, on the Obama administration’s pressure on Congress to delay consideration of tightened sanctions.

Talk about “and.”  With the Obama administration drinking the Kool-Aid about Hassan Rouhani’s supposed “moderation,” and the EU courts helpfully reining in the European sanctions effort, Iran’s biggest worry today might actually be that she will get a deal out of the talks, and end up giving Israel an excuse to act.  Better to keep the Israelis’ guns spiked, by prolonging the appearance of inconclusiveness created with the diplomatic talks.

Perhaps the best way for Iran to prevent an inconvenient deal from emerging this week was to hint at it beforehand, and provoke a backlash.  Certainly, that was the best way to test the waters: to see how strong the backlash would be.

It is appropriate, of course, to note how very irresponsible it would have been for the Obama administration to participate in arranging the bad deal hinted at by the Iranian negotiators.

But we really should keep our eyes on the ball here.  What matters is all the “and” Iran is ending up with.  There’s method in fostering perpetual indecision.  It’s the method that will yield a bomb for Iran more surely than any other. 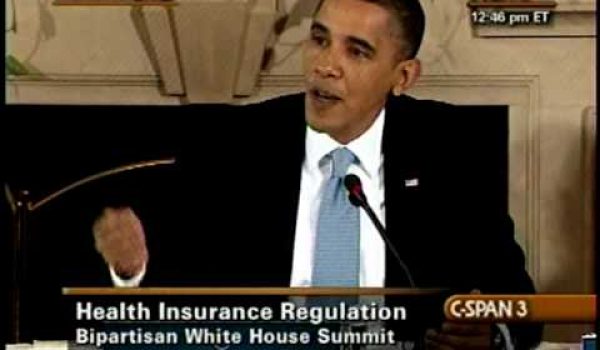