Josh Barry, of Camp Hill, Penn., is hopping mad after the head of a local teacher’s union suggested he may be a “neo-Nazi” for questioning a school assignment given to his eighth-grade daughter, the Daily Caller reported Monday, citing a report by my LU colleague Renee Nal. Barry, however, is Jewish, and according to a post at the Gateway Pundit, is married to a woman who is half-black.

Barry, Nal said, is a “vigilant parent” who was shocked when he reviewed his daughter’s paperwork and discovered a  “highly political assignment citing a New York Times article that blamed the Republicans for the government ‘shutdown,’ along with a worksheet that accompanied the article.”

Barry contacted the teacher and heard back from the principal.

A friend of Barry’s later relayed a voicemail she received from another teacher named Cydnee Cohen, the Daily Caller said.

“We’re having some problems with a parent in our school district and on his [Facebook] page you are one of his friends … but I would like to know, some of it seems like he is a neo-Nazi,” Cohen reportedly said in the voicemail.

“Maybe he is Jewish, I don’t know,” Cohen added.

After confirming that Barry is Jewish, Cohen sent text messages to the mutual friend declaring, “he went to bishop mcdevitt!!” and “he is tea party right wing!” Bishop McDevitt, the Daily Caller added, is a nearby private Catholic high school.

“You have a teacher who’s an officer in the union who looks at these teachers as hers,” he added. “Her method is to go after the concerned parent and discredit and slander them.”

He also characterized the questioning as “big-time union thuggery on display.”

“She’s been taught to associate people who question authority, who raise their fist in the air who say I believe in the Constitution, or don’t indoctrinate my child, as you’re automatically a Nazi,” he said, adding that he is “absolutely not” a member of the Tea Party.

Cohen, however, claimed she doubted Barry was a neo-Nazi.

“When asked by a parent in the district if he was a neo nazi, I said I thought he was Jewish so I doubted it,” she told the Daily Caller on social media.

She also said the teacher’s union is not involved in the incident.

“As an officer for EPEA, I make sure the teachers rights are protected, but we are not involved,” she added.

Barry told the Daily Caller he simply wants balance in the classroom.

“If you’re going to bring an article from the New York Times, throw something out there from somebody else,” he said.  “At least give two slants that oppose each other.”

He also told Nal he is perplexed why he would be called a neo-Nazi, and speculated that the current political climate may have prompted the knee-jerk reaction.

“Mr. Barry’s speculation is not without merit, as President Obama, Harry Reid, Nancy Pelosi and many others have made inaccurate and denigrating comments aimed at the Tea Party,” Nal said in something of an understatement.

For some time, liberal Democrats from the president on down have accused the Tea Party of being hostage-takers, un-American racists and extremists.  Rep. Steve Cohen, D-Tenn., called members of the Tea Party “domestic enemies,” while some in the media have called for military action against the small-government, pro-Constitution group.  Others, like liberal talk show host Mike Malloy, have gone so far as to wish death on everyone in the movement.

The PSEA did not respond to requests for comments, the Daily Caller added. 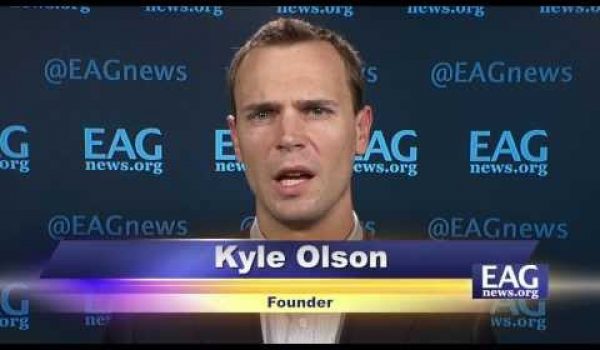