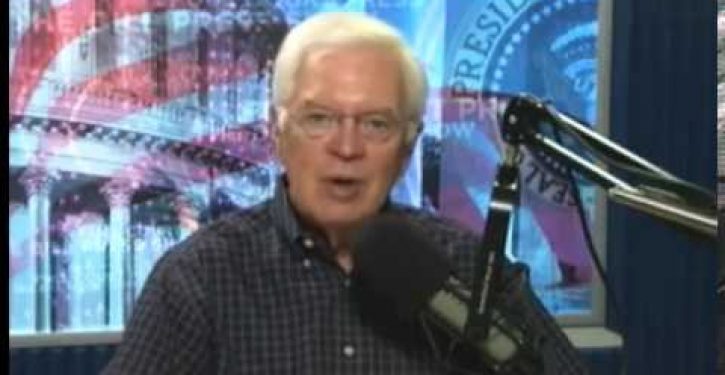 A blog entry at Huffington Post in 2010 asked whether conservatives were heartless villains or just naïve idealists. It reminded me of the school-yard putdown, where one kid asks another if he is the only member of his family who eats dung sandwiches.

The view of conservatives as cold and uncaring is a popular one among liberals, who fancy themselves to be the antithesis — until they have a valid reason for behaving in just as callous a manner.

Libtalker Bill Press found such a reason on his show today, opining that military families should not receive the so-called (and horribly named) “death gratuity” during the shutdown. In fairness, he prefaced his rant by noting that it will “piss people off” and acknowledged that you won’t hear the same ideas articulated elsewhere. (It is almost as if he realized what an unfeeling cretin he must be for adopting this radical viewpoint.)

I think it’s a big mistake to pay the death benefits to the families of members of the military who were killed in Afghanistan and whose bodies are being brought back to Dover Air Force Base and are not going to get the death benefits because of the government shutdown. You know the story. It’s about $10,000 [sic: actually $100,000] per family, which is always given to those killed in action….

When you shut down the government, a lot of great things are not going to get done. And why should we make an exception for those that just happen to pop up and get a lot of media attention.

The Washington Free Beacon observes that “the idea that paying death benefits to military families may be a virtue beyond a function of government” seemed lost on Press, who went on to rattle off a list of other “great things” that “are not going to get done” during the government standoff. His examples included suspension of the CDC’s seasonal flu prevention program, the WIC (short for Women, Infants, and Children) nutrition program, and OSHA inspections.

What makes this babble even more incomprehensible is that the death benefits fiasco was resolved yesterday, when Fisher House, a charitable organization, agreed to provide the payments to troops’ families. Press is himself aware of this. He mentions it during the video segment. He also knows that the president and his administration were abashed at this slight to the survivors of men and women who made the ultimate sacrifice for their country. Press played a clip in which Jay Carney acknowledges as much.

There are plenty of outrages to be vexed over during the shutdown. One is that he private gyms for Congress members have stayed open despite early lamentations that they would close and, in so doing, provide a grievous hardship to our hardworking lawmakers. Another is the revelation that the “indispensable” Corporation for Public Broadcasting received $445 million on the first day of the shutdown.

So why is Press going out of his way to make a statement about an issue that has been settled, especially when he knows his comments will be unpopular with listeners? The only explanation is that it gives him another forum in which to bash Republicans (which he also does during the segment).