But enough of this discussion of me. Let’s change the topic. Let’s talk about you. So what do you think of me?

What is remarkable is not that Barack Obama — who is equal parts narcissist and paranoid — continues to think that whatever the conversation inside the Beltway, it’s really all about him. What is fascinating is that he continues to find sympathy, even approbation, from audiences who share his distorted opinion of himself and his grandiose initiatives.

The reference was doubtless to the passage in the House of a continuing resolution that would keep the government running while simultaneously defunding Obamacare. And it met, Eilperin notes, “with loud applause.”

It’s understandable that Obama had closed his mind to the disquieting fact that the vast majority of Americans think his health reform plan stinks. But where does he manage to find groups of listeners who are equally deaf and dumb to the grim realities? How can plant workers at Ford be so ignorant of recent polls, which show that 70% of voters are worried about how the Affordable Care Act will impact their health care, that 92% of unionized federal workers don’t want Obamacare, and that support for the law has drifted south of the 40% mark. More importantly, how can it be that none of them entertain the same fears?

This is a massive intrusion of government into the private sector and the economy. How can anyone be so sure that it will work? How can anyone ignore the impact it is having and will continue to have on the labor force? Obama has said everyone who doubts Obamacare is wrong. He told Telemundo in an interview on Tuesday that concerns over rising costs or worsening health outcomes are not supported by the evidence. But what evidence? He is certainly not quoting the Congressional Budget Office, which sees the nation on a fast track to disaster if the health care law is permitted to go through.

What is scariest is that when all is said and done, Obama thinks that Republicans in Congress are looking to derail the health care catastrophe he wrought because they want to hurt or embarrass him. It hasn’t dawned on him that they’re doing it to salvage the nation from ruin.

UPDATE: This just in. Newsmax reports via Peggy Noonan that White House staffers have adopted a new and unflattering nickname for their boss:”Obam-me” And how did the staffers come up with that name?  Noonan explains: “Because it’s all about him and his big thoughts. I guess the second-term team is not quite as adoring as the first.” 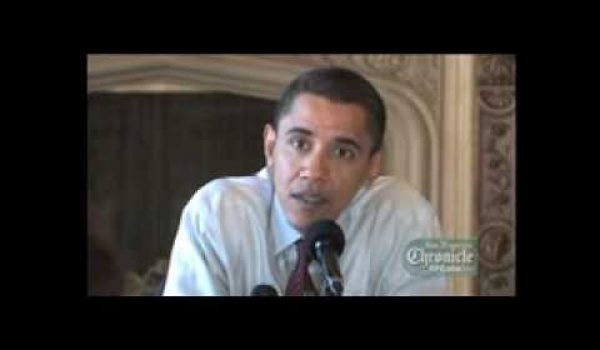