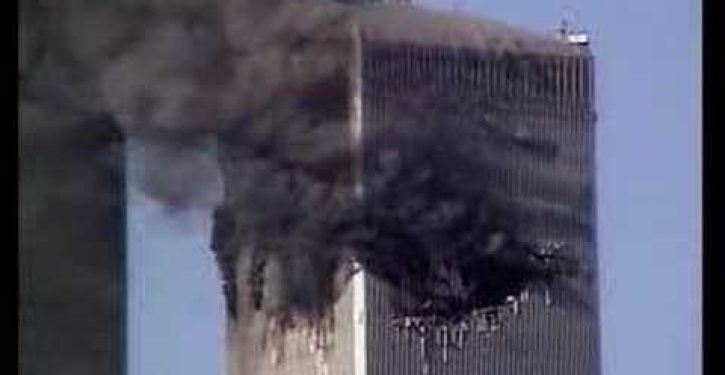 Another September 11th is upon us. In New York, two beams of ghostly light will rise up to the heavens tonight from the former site of twin towers, a solemn reminder of the tragedy that befell us on a clear late summer morning twelve years ago today.

The nation has changed since the “original” 9/11, but not invariably for the better.

Security, especially at airports, has been amped up, via the Transportation Security Administration, created within months of the terrorist attacks. In the intervening period, the TSA has been the butt of some 25,000 unfunny jokes—one for each of the security breaches it has failed to detect since its establishment.

Additional terrorist attacks have been mounted that, like 9/11, were carried out in the name of Islam. The most notable of these was the raid on the U.S. consulate in Benghazi, Libya, a year ago today, which added four more names to the list of Americans who died on “9/11.” The individuals responsible those grisly murders are still at large.

The “war on terrorism” led to a new rift between liberals and conservatives on the home front. The left (aka “the voice of tolerance”) became champions of religious freedom, at least as it pertains to Muslims. A new coinage, Islamophobia, was added to the liberal left lexicon. Despite a conspicuous lack of evidence that the Islamic community in America was under siege by hate-filled conservative mobs, the White House conducted an anti-bullying summit in New York in 2011 to address religious bigotry against Muslims. The efforts to promote broader acceptance have trickled down. Students at a middle school outside Atlanta were taught about the “positives” of Sharia law.

During the decade-plus since 9/11, threats of annihilation (of Israel, the United States, or both) issued by theocrats in the Middle East have become more common. Toward the end of making good on its threat, Iran began to enrich uranium.

Perhaps the most telling indicator of the ideological divide was inadvertently captured in an op-ed on the tenth anniversary of September 11, 2001 that declared it is “time to rip the Band-Aid off the wound, to remove 9/11 from our collective consciousness.” The author was Tom Engelhardt, a fellow at the liberal The Nation Institute and professor at the University of California, Berkeley.

For those who choose to ignore that dubious advice, a video compilation follows that chronicles the events of that fateful morning. For those who weren’t around at the time of the strikes on the World Trade Center and the Pentagon and the commandeering by courageous passengers of a hijacked jetliner over a field in rural Pennsylvania, this timeline provides a glimpse of what we continue to struggle against.