Some things, you have to see to believe.  I was alerted by a friend, a couple of days ago, to the existence of a truly revolting, anti-Semitic Facebook page called “The Untold History,” which, according to Facebook, does not violate Facebook’s standards.

I practice link hygiene in these posts, so I offer this write-up from the Online Hate Prevention Project (OHPP) website, which contains a link to the offensive Facebook page.  If you can stomach another round of anti-Semitic imagery, cast a glance at the image copied in this post from the Facebook page – one of quite a few.  The page has 833 “Likes” as of this writing.

We don’t know how many users have reported this page for “hate speech,” against which Facebook has a policy.  But several of those who have reported the page have posted in the comments at OHPP’s Facebook page that the response they received was like this one (posted by OHPP):

Thank you for taking the time to report something that you feel may violate our Community Standards.  Reports like yours are an important part of making Facebook a safe and welcoming environment.  We reviewed the page you reported for containing hate speech or symbols and found it doesn’t violate our community standard on hate speech.

(This is the response I received as well.)

I tend toward the libertarian when it comes to freedom of expression; as long as Facebook is a private company, I believe it has the right to host or not host what seems proper to its leadership and shareholders.  Facebook can afford its users the latitude of expression it prefers, even when the expression in question is really offensive; the customer base can then decide to participate or not accordingly.

But since Facebook has a policy on hate speech, what is the company’s standard for latitude in freedom of expression?  What doesn’t get to remain on Facebook?  Where does the arbiter make the cut-off, and can users trust that it’s being done fairly?  This week, we have been given a unique opportunity to do a comparison with what did get banned at Facebook – if only for a few days.

On 9 August, author and columnist Ruthie Blum posted a column in which she recounted her recent adventures in being banned by Facebook:

For the past two months, I have intermittently been barred from Facebook.

The first time it happened was in June, when I tried to post my Israel Hayom column. Suddenly, a window popped up, telling me that inappropriate material had been found on, and removed from, my page. I was warned that if I continued violating Facebook’s “community standards,” I would be banned from the social network for good.

The notice included a link specifying these standards, and a demand that I click to acknowledge I had read and understood them. Failure to do so, it said, would result in my inability even to open Facebook to read my newsfeed. I complied.

Ms. Blum worked through the wickets Facebook set up for restoring her account to its good graces, but was unable to determine what, exactly, had violated its standards.  She was barred from Facebook for 24 hours at one point, and then for three days.

Her columns, she observes, are political in nature.  (Ms. Blum was formerly an editor at The Jerusalem Post.)  I append links to samples of them from the relevant timeframe here, here, here, here, and here.  She writes responsibly, in measured tones, and with reason and documentation; there is nothing intemperate or inflammatory about her content.  You might disagree with its political perspective, but you could not reasonably consider it “hate speech,” violence, threats, or bullying.  One thing it is completely free of:  graphics depicting anyone, or depicting anyone’s ethnic or religious symbols, surrounded by dead bodies and blood.

Here’s a screen cap from one of her recent columns at Israel Hayom:

If you aren’t familiar with “banning campaigns” in social media, you probably wouldn’t guess that, of the two infosphere content types depicted above, it was the Ruthie Blum columns that got their user banned at Facebook.  But I think by now most of us have heard how this process works, and know that there are keyboard “warriors” making it their business to get conservatives and pro-Israel users banned from Facebook and Twitter, by “reporting” as offensive what is virtually always perfectly allowable content (i.e., according to the company’s standards).

Note:  I received information a short while ago that Facebook has resolved this issue with Ms. Blum, so we can hope that she doesn’t encounter the problem again.  I understand she plans to post an update to her 9 August piece.

William Jacobson (Legal Insurrection) picked up on this a couple of days ago, pointing out that conservatives and libertarians, with our heavy dependence on the web for connecting with each other, should be concerned about what happened to Blum.  There is little doubt that the trend of arbitrary exclusion in social media systematically favors the left over the right – and the anti-Israel and anti-Semitic over the pro-Israel.

But the opportunity doesn’t always present itself to make such a clear case for the double standard.  If the contrast here doesn’t make the case – the contrast between the Untold History site, which doesn’t violate Facebook’s community standards, and Ruthie Blum’s columns, which were vaguely but reflexively assumed to, for at least a while – then I don’t know what does. 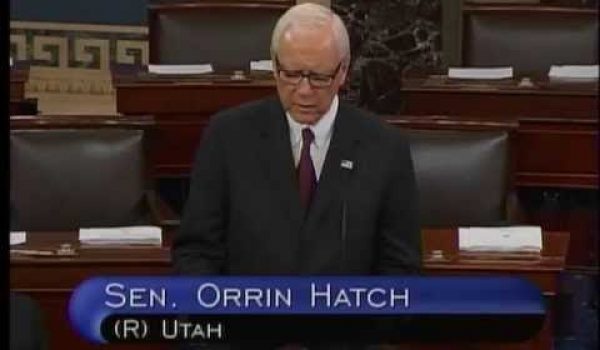