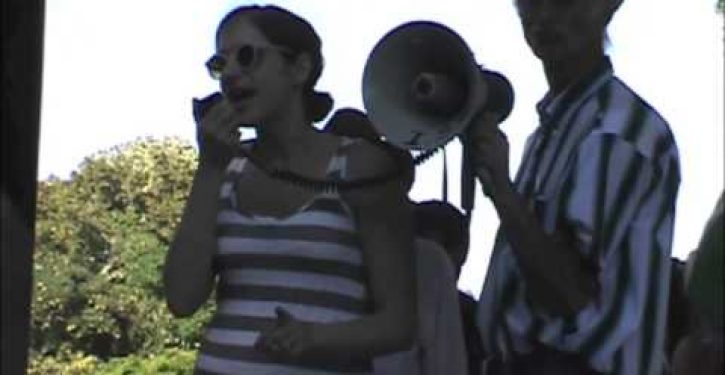 According to a self-hating white protester at a rally in Portland, Ore., on Sunday, every conscientious American of pallor should have a daily to-do list that reads something like the following:

Maybe yesterday’s rallies were, in the rosy-hued words of CBS News, “mostly peaceful,” but there was clearly no dearth of stupidity on display.

Take the woman highlighted in this piece at The Blaze — please! Equipped with a bullhorn no less, she preached the gospel on the evil of white privilege to a crowd composed most likely of fellow self-loathing liberals:

I want to say something to you white people. It is not enough to feel bad, it’s not enough to not be a bigot. Because if you are not actively dismantling white supremacy and checking your privilege every single day and thinking about racism the way that our young black men in our community have to think about it, you are not doing it right.

Then, switching to her capitalist hat, she urged her audience to fork over some bucks to “anti-racist, youth-led movements.”

It is perhaps worth noting that white liberals are not the only people who hate whites. On Nov. 6, 2012, following word of the re-election of Barack Obama as president, a number of people of color took to Twitter to celebrate their candidate’s victory by tweeting “F**k white people.”