Two separate stories on Monday from geographically remote parts of the country serve as a litmus test for the limits of the First Amendment and the bounds of taste.

First, from Greeley, Colo., comes a report of two billboards, bought and paid for by residents, that have other locals up in arms … er — unhappy.

One of the billboards, shown here, features three men dressed in traditional Native American garb and is captioned, “Turn in your arms. The government will take care of you.”

According to the Greeley Tribune, the pro-gun rights message is not the flashpoint of the controversy that has flared up but rather the “offensive and insensitive” depiction of Amerindians. From the Associated Press:

Greeley resident Kerri Salazar, who is of Native American descent, says she was livid when she learned about it…. [S]he’s offended the Native American people were singled out, apparently without their consent.

And the pope was unavailable for comment on a controversial display yesterday on the campus of Carnegie Mellon University, in Pittsburgh, where a coed was dressed as His Holiness except that she was naked from the waist down. And as if that wasn’t enough to get the Catholic community’s Irish up, the woman had her pubic hair shaved in the shape of a cross and was passing out condoms.

CBS affiliate KDKA reports that the student was a participant in an annual art school parade. A reporter spoke with Bishop David Zubik, of the Catholic Diocese of Pittsburgh, who said, I think we all know that when we’re growing up we do stupid things but to cross over the line in this instance shouldn’t happen with anybody.”

For their part, CMU students maintain that the young lady’s actions were covered by the First Amendment.

The university administration issued a statement reading in part, “We are continuing our review of the incident. If our community standards or laws were violated, we will take appropriate action.” 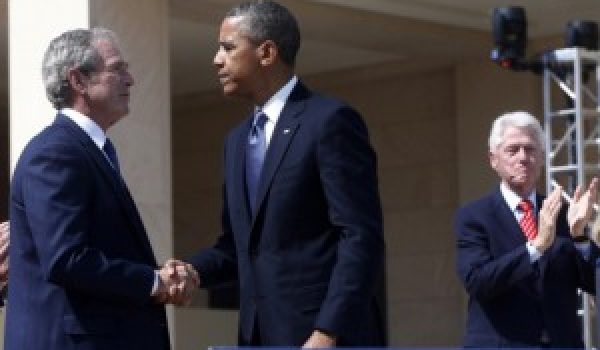 Bush, 9/11, Obama, Boston and the Axis of Evil
Next Post
Study: Children taught tolerance in school more likely to be intolerant outside