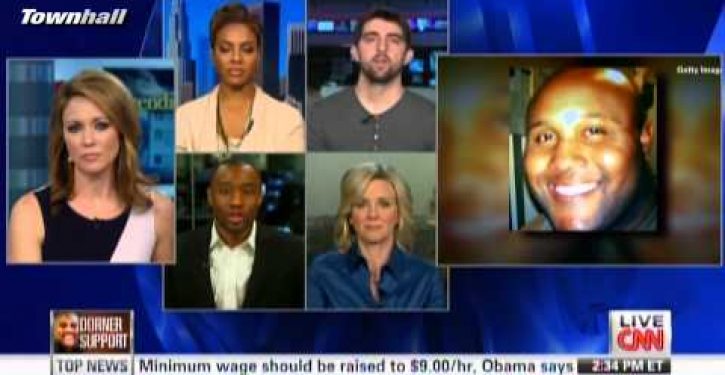 Christopher Dorner is dead. Long live killer Christopher Dorner. On Wednesday, the day before the San Bernardino County sheriff’s office reported they had stopped looking for the mass murderer who is presumed to have died in a fire, the Legend of Christopher Jordan Dorner had already began to take shape and form. Marc Lamont Hill, CNN contributor, lauded him thus:

This has been an important public conversation that we’ve had, about police brutality, about police corruption, about state violence. As far as Dorner himself goes, he’s been like a real life superhero to many people. Now don’t get me wrong, what he did is awful, killing innocent people is bad… Many people aren’t rooting for him to kill innocent people, they’re rooting for somebody who was wronged to get a kind of revenge against the system. It’s almost like watching Django Unchained in real life, it’s kind of exciting.

BuzzFeed noted on Thursday that Hill is not alone in his renegade view of an ex-cop turned killer. The site notes that “online support for Dorner in the days since his rampage has crept out of the internet’s more extreme corners — where such perverse boosterism is commonplace — and into more mainstream venues. Dorner is now hailed as a kind of folk hero by some on the Chomsky-esque left and the Ron Paul right, who view the killer’s manifesto as an articulate indictment of the ‘police state’ they have always opposed.”

But how does one reconcile the left’s appetite for a calm, in-depth look into the life and psyche of a man who gunned down four innocent people with its unwavering and incessant overreaction to the “lessons of Newtown”? Why are exposés of the LAPD’s troubled history with titles like “Ex-cops sympathize with Dorner’s anger” being penned in “serious journalistic venues” such as Salon?

A possible explanation for this reaction is provided by J. M. Berger, an expert on domestic extremism, who writes:

This story has a lot of moving parts, thanks in large part to Dorner’s long manifesto. With the fragmentation of the media these days, people are more prone to selection bias — they pull out the parts of a story that resonate with them and ignore the parts they don’t like.

But coincidentally, the “parts they don’t like” and therefore choose to exclude from consideration consist chiefly in Dorner’s race (black) and politics (Obama supporter). It is Dorner’s break from the conventional wisdom that all mass killers are white and conservative that one might expect would liberals into the rude light of day for a frank self-evaluation. Instead it has highlighted their hypocrisy and reliance on double standards.