On Tuesday, the Associated Press reported that according to sources, a man matching the description of Chris Dorner, the fugitive ex-cop wanted for the murder of three people in California, engaged in a firefight with authorities in the San Bernardino Mountains.

One officer who spoke on the condition of anonymity said it is believed that Dorner broke into a cabin and tied up a couple tied in the cabin. One person reportedly got loose and contacted authorities.

According to a report at Fox News, Dorner fled in a stolen vehicle when authorities responded and gunfire was exchanged. NBC Los Angeles said that two officers were wounded in the fight. The station also said that Big Bear High School is under lockdown.

One report said that Dorner “was apparently fired on by a state fish and game ranger as he fled in the stolen vehicle, the sheriff’s department said.”

Dorner is accused of killing two people in Irvine and a police officer in Riverside, Calif. late last week.

A lengthy manifesto written by Dorner indicates that his rampage is driven by vengeance over his treatment by the Los Angeles Police Department.

In that manifesto, Dorner promised to engage in “asymmetrical warfare.”

The situation is very fluid at this point. Updates will be provided here as they become available.

Dorner’s “manifesto” can be seen here. 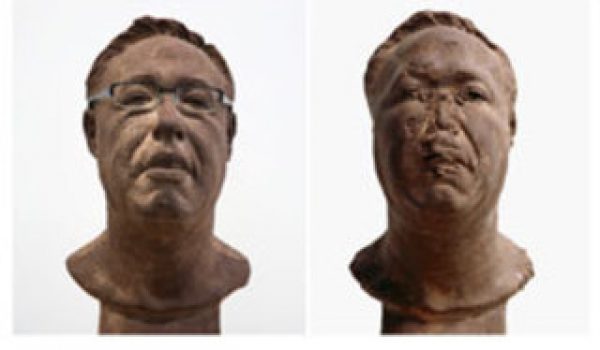 Nothing says ‘Be my Valentine’ like … a chocolate head?
Next Post
Mommy Bloomberg at it again; renews his war on salt