The only business that President Obama insists make a profit is not a business. The Post Office is a constitutional department meant to unify the nation and empower the overall economy.

The financially struggling U.S. Postal Service said Wednesday it will stop delivering mail on Saturdays but continue to disburse packages six days a week, an apparent end-run around an unaccommodating Congress:

The service expects the Saturday mail cutback to begin the week of Aug. 5 and to save about $2 billion annually, said Postmaster General and CEO Patrick R. Donahoe.

‘Our financial condition is urgent,’ Donahoe told a press conference.

The move accentuates one of the agency’s strong points — package delivery has increased by 14 percent since 2010, officials say, while the delivery of letters and other mail has declined with the increasing use of email and other Internet services.

Ending Saturday delivery of checks in mere envelopes to homes and businesses, essentially shrinks the economy for those sending and receiving checks not in more expensive “packages” and/or delivered to Post Office boxes rented at an extra expense,  by 1/7 or 14%. This shrinkage will harm the overall economy by slowing the turnover of money from buyers and sellers and will hit lower-income earners and small businesses hardest.

You can’t cash and spend a check until it arrives in the mail and 14-17% of them arrive on Saturday, with a large portion spent on Sunday. That money will no longer be available for spending at businesses on Sunday.

The Constitution of the United States was framed by the stanchest believers in free enterprise. Private delivery services existed in 1789 but the Founders, in their wisdom, considered a government subsidized postal service as essential to Liberty-fueled pursuits of happiness as the establishment of a Treasury:

That document [U.S. Constitution] also empowers Congress raise taxes, establish Post Offices and post Roads (pictured, referencing Benjamin Franklin as first Postmaster General), raise and support Armies and provide and maintain a Navy.  Just as we should not require the Department of Defense to take weekends off unless it raises funds to turn on the heat on Saturdays and Sundays via bake sales, neither should we shut off Americans from the unifying force of affordable mail communication due to poor management.

The Founders and those that followed in the Daniel Webster/Andrew Jackson Era deemed post offices and its roads essential to bind the nation and history has born out their wisdom. Moreover, affordable postal services for all has proven and still is essential to a vibrant economy that allows any American to run a business from their home.

My fellow conservatives need to discover their inner originalist and eschew their penny-wise and pound foolishness. Save the Post Office, keep stamps under 50 cents and deliver mail Six days per week.  Listen to Alexis De Tocqueville, the Frenchman who twice toured the United States in the early Nineteenth Century before penning his seminal Democracy in America (1835,1840):

The patriotic feeling that attached each of the Americans to his own state has become less exclusive, and different parts of the Union have become more amicable as they have become better acquainted with each other. The post, that great instrument of intercourse, now reaches into the backwoods…

America needs the wisdom of and unity with the backwoods and the inner city. Make Benjamin Franklin, our first Postmaster General, proud and support a vibrant USPS. Yes, the health benefits and pensions of the USPS are a problem that needs to be addressed, but this is true of all federal employees. Only at the Post Office, which sells products are they held to an unrealistic “profit” standard that no other government department is subject. Would that we scrutinized the EPA for its job-killing regulations.

No government program or department, including the Post Office, should serve only as a jobs program for those it employs. But neither should its worth be judged by a standard unrelated to its mission. The most important function of the USPS is to bind the nation together in commerce and for that commerce to be fully realized it must continue to empower small business and lower-income patrons who live in a world that operates for at least six days per week, with one day of rest on Sunday. Two billion in savings is a rounding error not worthy of removing the post for so many.

Mike DeVine is editor of Hillbilly Politics, co-founder and editor of Political Daily, and is Atlanta Law & Politics columnist for Examiner.com.

Previous Post
Ending checks in Saturday mail hurts economy
Next Post
Drone strikes are not legal, but are they wise? 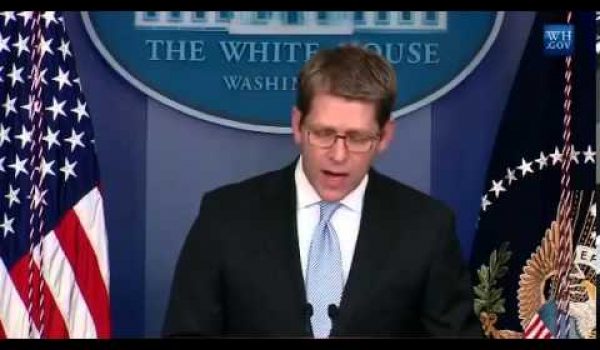