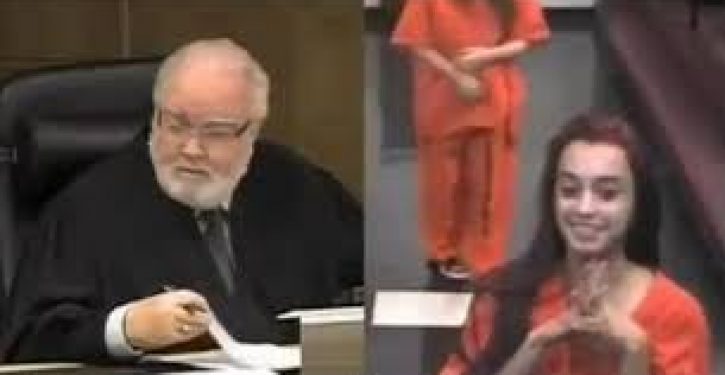 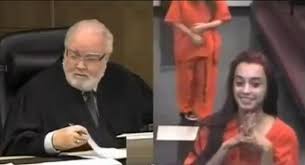 Miami teen Penelope Soto, who was arrested last week on drug possession charges, could have been out free on $5,000 bond today. Instead she is discovering what life in a jail cell is like. Perhaps during her 30 days in stir, she will have a chance to reflect on what brought her here — to wit, flipping off the judge and mumbling a profanity yesterday during her arraignment hearing.

Actually, Soto’s dealings with Miami-Dade Circuit Judge Jorge Rodriguez-Chomat went bad long before her middle-finger salute. Early in the hearing, the judge attempted to ascertain what the 18-year-old had in the way of monetary assets in order to set bail. Soto replied that she owned a car and “a lot of jewelry.”

When the judge asked what “a lot” meant, the girl laughed, but his honor was not amused. Nor was his mood improved when she clarified the value of the jewelry with a simile: “like Rick Ross.”

After several more exchanges, the judge set Soto’s bond at $5,000 — which is where the story should have ended. But as she was being led out of the courtroom, the 18-year-old pushed the judge’s buttons again by gleefully intoning, “Adios!” He ordered brought back. He then doubled the bail.

Now angry, Soto made her obscene gesture and told the judge to “f**k himself.” He found her in contempt and sentenced her to a month in jail. The Miami NBC affiliate features a video of the incident, which appears below.