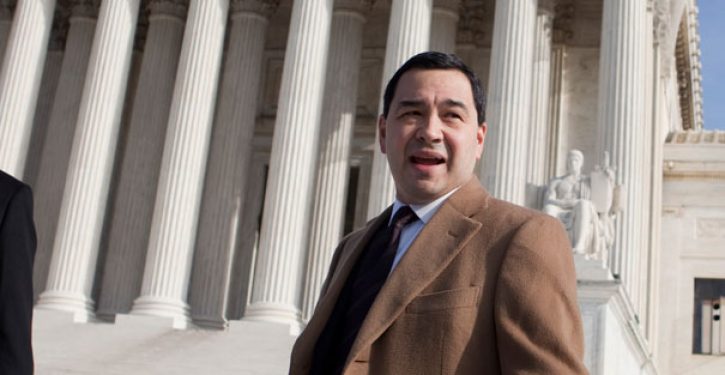 The U.S. Circuit Court of Appeals for the D.C. Circuit today ruled that President Obama’s so-called “recess” appointments to the National Labor Relations Board (NLRB) last January are invalid.

Senate Minority Leader McConnell and 41 of his Senate colleagues filed an amicus brief in the case, which challenges the constitutionality of the appointments.

The suit was brought by Noel Canning, a local, family-owned business in Washington State that bottles and distributes soft drinks. The company challenged the NLRB’s determination that it must enter into a collective bargaining agreement with a labor union.

Thebrief was filed by Miguel Estrada, who, as you may recall, had been blocked by Senate Democrats when George W. Bush nominated him to the same United States Court of Appeals for the District of Columbia Circuit in 2001 because Latinos can be wise only if they are female liberals.