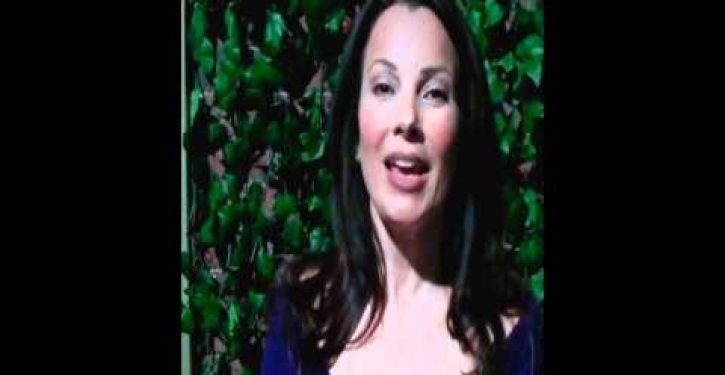 TV actress Fran Drescher, who survived a 2000 uterine cancer diagnosis, released a new public-service announcement on Monday (after the break) that warns against the health risks of fracking. The PSA is of a piece with Drescher’s previous admonitions to New York State Gov. Andrew Cuomo and the state legislature against passing a law that would allow energy companies to perform hydraulic fracturing on state lands with rich deposits of oil shale.

In her efforts, Drescher has been joined by other celebrities, including John Lennon’s widow, Yoko Ono, and son Sean Lennon, Debra Winger, Natalie Merchant, and “Avengers” star Mark Ruffalo in a consortium that styles itself Artists Against Fracking. The group was in Albany last Friday to share its doomsday message that “fracking kills,” along with a petition signed by more than 200,000 like-minded New Yorkers.

At a rally, Ono said:

When John [Lennon] said ‘give me some truth,’ what he was saying was yes, we have to know the truth, otherwise we won’t survive. So let’s give us the truth.

Sounds reasonable. So what is the truth? According to Artists Against Fracking, the ultimate truth resides in a report released in 2011 by the Democratic faction of the House Energy and Commerce Committee that contains the following “facts”:

To summarize, of the 750 chemicals used, 29 are known or possible cancer-causing agents, and some of the fluid blends are secret. The website Pro Publica provides a more detailed accounting of known components. Between 98 and 99.5 percent of the fluid used to fracture oil shale is plain-old water. The remaining half- to 2 percent contains unspecified amounts of methanol (which can cause eye irritation, headache, fatigue, and in high enough doses death), diesel (like the kind these stars’ chauffeurs pump into their Mercedes), and crystalline silica (which can be harmful if inhaled over a long period of time). There are also some “just plain weird” components like instant coffee and walnut hulls.

The problem with all of this is the tenuousness of the correlation between these ominous-sounding chemicals and their impact on public or environmental health. Consider that bananas and other potassium-rich foods contain radioactive isotopes. Theoretically, a person with an inordinate fondness for the yellow fruit could develop cancer if he ate enough bananas. Brazil nuts are even worse, containing five times the radioactivity of bananas.

But whatever harm these fruit do (and scientists are in agreement that it is minute) is outdone by the nutritional benefits they afford. Similarly for fracking, except that the potential for harm is believed to have existed, if at all, only in projects through 2009. That is why the New York State Department of Environmental Conservation is considering green-lighting the process. They have consulted with scientists who, unlike Drescher et. al., have actual degrees. They have been told that with appropriate safeguards the state could extract natural gas from more than 80 percent of the Marcellus Shale with no harm to the public or environment.

What is more is that fracking would create more than 25,000 jobs in the Empire State and would be a first step toward true energy independence for the U.S. That is another bite of “the truth” that Yoko Ono may want to chew on.