Usually when one sees such scribbling on U.S. currency it is evidence of a technical violation of federal law and that gravity was employed to cause ink to flow to the tip of the previously unresponsive violator’s pen.

When seen other than on currency it is usually an adult’s boredom-induced doodling; a third-grader’s first attempt at cursive writing or markings made by a monkey that stole the zookeeper’s pen.

President Obama wants to deface Federal Reserve Notes that bear the likenesses of heroic Americans with such graffiti, as would be the natural result if his nominee for Secretary of the Treasury Jack Lew is confirmed. Yes folks, those curlicues are the way an educated man, not currently required to wear a straight-jacket when in polite company, regularly signs his name. Yes, he’s a Democrat, i.e. narcissist, so it could be that Lew long-ago decided to make each signature an attempt to depict an accurate image of the object he most often gazes upon, i.e. his navel.

Then again, Lew’s mark could be the minimum number of zeroes required to follow positive ordinal numbers in order to record the amount of dollars required to satisfy the insatiable appetite of his fellow Democrats for government spending. One wonders if the childish writer will add a ninth zero to the markings above his printed name to match the Trillion Dollar Coin he hopes to get from Barack as a swearing-in present.

Cabinet nominees that leave office when the President that appoints them moves out of 1600 Pennsylvania Avenue, unlike would be life-tenured federal judges, are entitled to great deference. The former should only be rejected for reasons of character and competence, and not policy opinions that may properly be judged unworthy of the latter. And while this conservative considers most economic policies of liberal Democrats to be incompetent in fostering a growing economy and likely to produce bad character in victim dependents; when electoral majorities or even large minorities choose such policies, we would not presume to deny We the People their desired Big Government minders.

But when those with ego-maniacal and/or infantile penmanship reach the age of majority and lie under oath, one can reasonably discern a disqualifying character problem:

The senator says Lew misrepresented Obama’s 2012 budget by claiming that it did not add to the debt… ‘His testimony before the Senate Budget Committee less than two years ago was so outrageous and false that it alone disqualifies,’ according to the Sessions’ statement, which was obtained by The Hill in advance.

Sessions says in his statement that Lew, as the president’s budget director told Congress the budget ‘would not add to the debt of the United States.’ He [also] cites a Lew statement on CNN that reads: ‘Our budget will get us, over the next several years, to the point where we can look the American people in the eye and say we’re not adding to the debt anymore; we’re spending money that we have each year, and then we can work on bringing down our national debt.’

Sessions counters: ‘To “look the American people in the eye” and make such a statement remains the most direct and important false assertion during my entire time in Washington.’

Jack Lew may not be as prolific a liar as the Chief Executive that nominated him, but just as voters may elect rogues, U. S. Senators may advise not to consent to their appointment as the latest successor to Alexander Hamilton. Sadly, to lie is a job requirement, if not, post-Clinton a job enhancement, for a Democrat.

And given the Democrats’ sentencing of the mentally ill to homelessness decades ago, we doubt that an inquiry into the sanity of a man who passes off gibberish for nomenclature would be allowed even if he had endured Thomas Eagleton-like shock therapy before his scribbling devolved into madness. 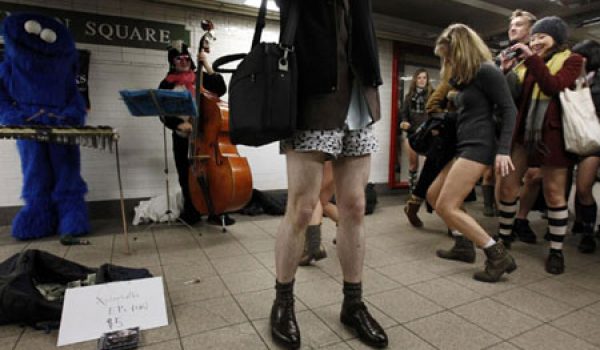