The man who was designated by the British media as England’s own “terror cleric,” Abu Qatada, is now complaining, via his son, that the £450,000 ($675,000) taxpayer subsidized London home is “small and filthy,”  reports  the London Evening Standard.

As previously covered by Examiner.com, the British taxpayers are already funding police security for the convicted terrorist initially at the cost of £10,000 ($15,000) per week.

That amount has since been revised to £100,000 ($150,000) per week to ensure proper surveillance of the man who was once described as Usama bin Laden’s right hand man in Europe.

As reported earlier this week by England’s The Telegraph, the hate preacher’s son, Qatada Qatada, complained not only of the cramped and unsanitary digs they aren’t paying for, but also of:

‘Racist pressure groups in Britain [who] hold demonstrations outside the house’… and would ‘scream and curse at us and at Islam.’

We have asked the British government to allow us to leave the UK for a third country; somewhere other than Jordan or the UK.

However they refused and said they would fight to prevent us from leaving Britain to anywhere except a prison in Jordan.

Let no one be under the impression that we want to stay here after having suffered so much.

The rent-free Qatada home has been picketed by British citizens who question the government’s wisdom as to the insistence that taxpayer money is used to house, feed and care for the terrorist and his family.

Concern Over His Human Rights…

As covered by Examiner.com earlier last year, the British government has been attempting to deport Abu Qatada back to his native Jordan since 2001, but has been continually stymied by both British courts and the European Court of Human Rights (ECHR) located in Strasbourg, France.

Qatada was found guilty in absentia by the Jordanian government on terrorism charges and was subsequently sentenced to life in prison at hard labor. However, a British Special Immigration Appeals Commission agreed with the earlier ECHR ruling that if sent back to Jordan, Qatada’s human rights would be in jeopardy.

As chronicled by The Daily Mail, the following are key events in the years-long saga as the British people have attempted to rid themselves of the Jihadist terrorist.

September 16 1993 – The Jordanian father of five claims asylum when he arrives in Britain on a forged passport.

March 1995 – Qatada issues a ‘fatwa’ justifying the killing of converts from Islam, their wives and children in Algeria.

May 1998 – He applies for indefinite leave to remain in Britain.

April 1999 – He is convicted in his absence on terror charges in Jordan and sentenced to life imprisonment.

October 1999 – The radical cleric speaks in London advocating the killing of Jews and praising attacks on Americans.

February 2001 – He is arrested by anti-terror police over involvement in a plot to bomb Strasbourg Christmas market. Officers find him in possession of £170,000 in cash, including £805 in an envelope marked ‘For the mujahedin in Chechnya’.

December 2001 – Qatada becomes one of Britain’s most wanted men after going on the run from his home in Acton, West London.

October 2002 – He is arrested by police in a council house in south London and detained in Belmarsh high-security jail.

March 2005 – He is freed on conditional bail and placed on a control order.

August 2005 – The preacher is arrested under immigration rules as the Government seeks to deport him to Jordan.

April 2008 – The Court of Appeal rules that deporting him would breach his human rights because evidence used against him in Jordan may have been obtained through torture.

May 2008 – Qatada is granted bail by the immigration tribunal but told he must stay inside for 22 hours a day.

June 2008 – He is released from Long Lartin jail in Worcestershire and moves in to a four bedroomed £800,000 home in West London.

November 2008 – He is rearrested after the Home Office tells an immigration hearing of fears he plans to abscond.

December 2008 – Qatada’s bail is revoked by the Special Immigration Appeals Commission (SIAC) after hearing secret evidence that the risk of him absconding has increased.

February 18 2009 – In a landmark judgment, five Law Lords unanimously back the Government’s policy of removing terror suspects from Britain on the basis of assurances from foreign governments. It is ruled he can be deported to Jordan to face terror charges.

February 19 2009 – Qatada is awarded £2,500 compensation by the European Court of Human Rights after the judges rule that his detention without trial in the UK under anti-terrorism powers breached his human rights.

January 2012 – European judges rule the firebrand cleric can be sent back to Jordan with diplomatic assurances but he cannot be deported while ‘there remains a real risk that evidence obtained by torture will be used against him’.

February 6 2012 – SIAC rules he can be released on bail, despite posing a risk to national security.

February 9 2012 – David Cameron and King Abdullah of Jordan agree on the ‘importance of finding an effective resolution’ to his case, Downing Street says.

February 13 2012 – It emerges Qatada has been released on bail from Long Lartin prison.

April 17 2012 – The cleric is arrested as the Government prepares to deport him to Jordan.

Since his illegal entry into the United Kingdom in 1993, Abu Qatada has been a multi-million pound sterling burden to the British people.

Previous Post
It's time for a new Speaker of the House
Next Post
Argentina: Diplomacy by advert 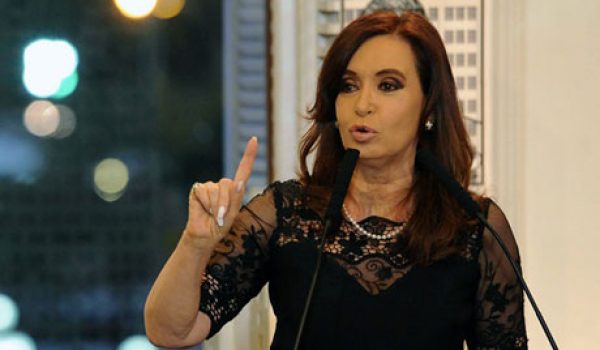