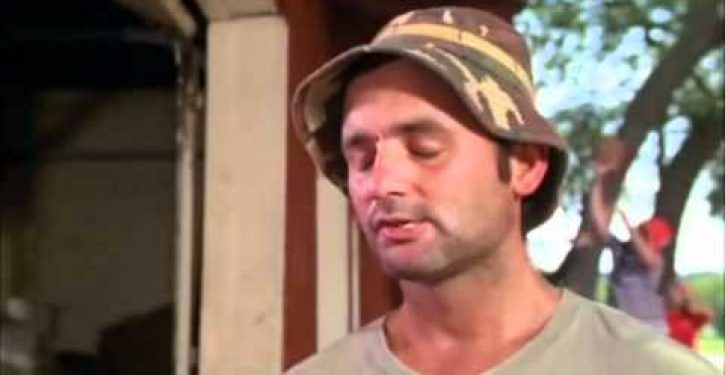 Slightly late (and arguably), Prince Harry answered the Papal call to defend Christendom by killing a major Taliban leader in Afghanistan, as reported by The Sun (of London), Dec. 23.

In his Letter of Instruction to the Crusaders, issued in December of 1095, Pope Urban II gave the clarion call “to all the faithful, both princes and subjects…” to take up a Holy Crusade against the armies that sought to destroy Christendom.

A millennium later, give or take a century, His Royal Highness Prince Henry Charles Albert David of Wales, or “Captain Wales” as he’s better known within the ranks of the British Army, has followed in the footsteps of European royalty past. By his actions, he has demonstrated that “warrior princes” are not relegated to the dust bin of history  nor just the stuff of ancient fable.

Big H In The Attack Mode…

While Captain Wales was on patrol co-piloting his Apache helicopter gunship, an unidentified Ministry of Defence (MoD) source stated:

We were on patrol and the Apache helicopters were called in.

We heard this posh voice come over the radio and knew it was Big H. [his nom de guerre].

They were tracking a Taliban leader — he was commander level.

The anonymous source added the terrorist leader was dispatched to the hereafter by an aptly named weapon:

The Apache then let off some Hellfire missiles and its 30mm cannon and ‘boom’.

It was Big H all the way.

So He’s Got That Goin’ For Him, Which Is Nice…

If young Captain Wales should ever convert to Catholicism, he’ll always have the solace of knowing Pope Urban has granted him absolution of all sin, in all perpetuity. Or as His Holiness wrote back in the day:

All who die by the way, whether by land or by sea, or in battle against the pagans, shall have immediate remission of sins.

This I grant them through the power of God with which I am invested.

Or in a roundabout way, as the Dalai Lama blessed Carl Spackler in the video below.

It So Totally Works…