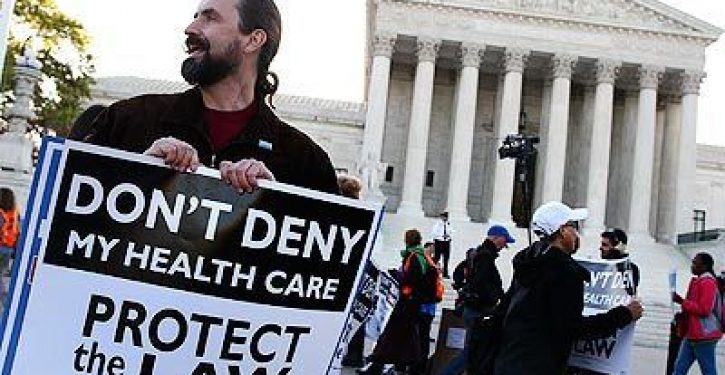 Yesterday, House Speaker John Boehner (R-OH) put forth a counter-offer to the President’s politically unrealistic and economically unintelligent “plan” on the fiscal cliff. That plan, which was hammered by Heritage and me yesterday (see how I did that? I’m as important as Heritage!) seems to have been in response to public opinion on the fiscal cliff debate, which a new Washington Post/Pew Research poll shows puts far more blame on the GOP than on President Obama.

This is all sounding disturbingly familiar. Back in 2009, the Republicans in the House put forth a health care plan that was ripped apart by non-conservative media, and was scored rather badly by the Congressional Budget Office. Why was this done? Well, because of public pressure by the public seen in polling.

No, the situations aren’t perfectly the same — CBO’s analysis of the GOP health care plan was compared to the CBO’s analysis of the Democrats’ plan, and was found lacking…but we all know how inaccurate the CBO’s health care cost and other estimates are likely to be regarding the Democratic-supported health care law — and I think the GOP’s fiscal cliff counter-offer is getting more negative attention from conservative media than the health care counter-offer did. But all in all, the GOP is essentially being driven to provide a plan, of any kind, in order to deflect public criticism, like it was in 2009. And like in 2009, the GOP is on the defensive. And like in 2009, the plan is woefully inadequate.

Will the fiscal cliff plan that eventually becomes law end up hurting the country as badly as the Affordable Care Act will? I doubt it. But the GOP’s probable repetition of history is not giving me much hope it will push back against Obama as the so-called “conservative” party should.