The only edit that was made by the White House and also by the State Department was to change the word ‘consulate’ to the word ‘diplomatic facility,’ since the facility in Benghazi was not formally a consulate. Other than that, we were guided by the points that were provided by the intelligence community. So I can’t speak to any other edits that may have been made.

View slideshow: The noose tightens around the administration’s neck on its Benghazi attack distortions

Rhodes went on to allow as how the president, given the gravity of the charges that his administration attempted to cover up the truth about the assault for political reasons, pledged to do his level best to ferret out the individual or group who made the changes.

Oh, wait a minute: No, he didn’t. In fact, he said absolutely nothing about the conflicting accounts given by his administration and the former CIA director. And neither has the president.

Obama seems to think that Rhoades’s denial puts the matter to rest. He is wrong. Rep. Peter King (R-N.Y.) has reaffirmed Congress’s commitment to get to the bottom of this fiasco. “Somebody briefed Susan Rice,” the Post quotes him as saying, “and she said she took the best information that the intelligence community had.” But the story that she told at five different Sunday news venues—that the attacks were the result of spontaneous mob reactions to an insulting film—never jibed with the facts presented to the White House in State Department emails.

In fact, the only leg the administration had to stand on since the brouhaha staretd was that CIA director David Petraeus supported the version of the facts in Rice’s account. Now that Petraeus is saying that he knew and claimed from the outset that the attacks were an act of terrorism, the administration stands naked and alone.

The truth will out.

Dead child in Egyptian prime minister’s arms killed by Hamas, not Israel
Next Post
Journalists in Gaza working in middle of rocket-launch area 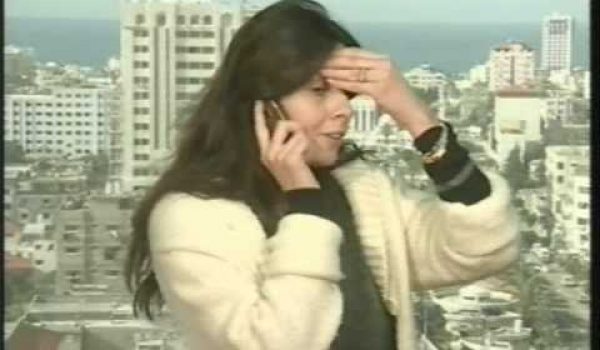