That Henry Hamilton was a disturbed individual goes without saying. A resident of Key West, Hamilton indicated prior to the election that “if Barack gets reelected, I’m not going to be around.” Two days later, he made good on his threat.

The Miami Herald reports that the 64-year-old owner of a tanning parlor was found dead in his home on Nov. 8. On the bed next two him were two empty bottles of prescription drugs and a living will on which he’d written, “Do not revive! F— Obama!”

According to his partner, Michael Cossey, Hamilton was “very upset about the election results.” Cossey returned to the condo the two men shared after a late night of cards and discovered the body.

He told authorities that apart from his anguish over the election results, Hamilton was also “very stressed about his business.”

Although the official cause of death is still pending the outcome of an autopsy, a police spokeswoman told the reporters that “there’s absolutely no evidence of foul play.”

Again, it goes without saying that Henry Hamilton was a disturbed individual. That leftwing television personality Bill Maher can be described the same way is evident from callous remarks he made on his show on Friday. Asking a group of panelists that included “documentary filmmaker” Michael Moore whether they agreed that “Republicans are bad losers,” Maher nonchalantly recounted the details of Hamilton’s demise. He concluded by noting:

His studio audience cackled appreciatively, which speaks no better of them.

In reporting on the story, Newsbusters’ Noel Sheppard asks:

What must HBO think of one of its on air personalities encouraging another human being to commit suicide?

In reality, that’s a stupid question as they clearly didn’t mind when in 2007 Maher expressed regret that the attempted assassination of then Vice President Dick Cheney wasn’t successful. 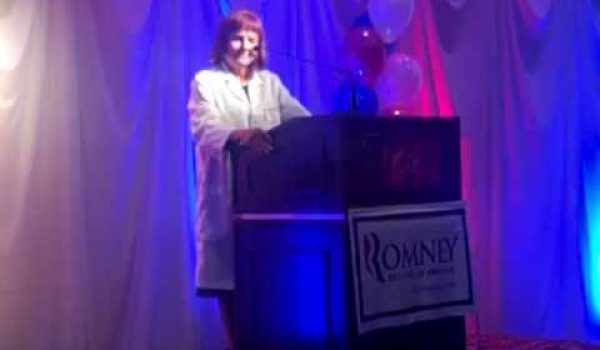