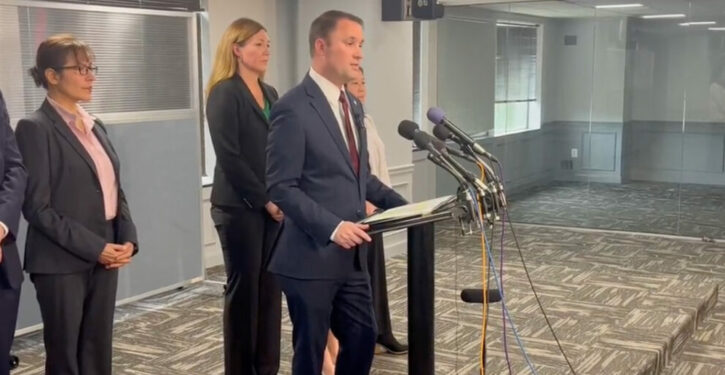 Virginia Attorney General Jason Miyares is opening an investigation into Fairfax County Public Schools (FCPS) after a prestigious high school within the district reportedly hid merit awards from its students, according to a Monday letter.

The extension of the investigation comes after Miyares announced an investigation into Thomas Jefferson High School for Science and Technology (TJHSST), following a report by Asra Nomani, a parental rights in education activist, that showed the school had been withholding the National Merit Scholarship commendation, an honor used for college applications and to obtain scholarships, from students who were mostly Asian in order to not “hurt” the feelings of students who did not earn the award. Miyares announced the investigation into FCPS following another report by Nomani which showed that two additional schools had been withholding the merit award from students, according to a Monday letter.

“It’s concerning that multiple schools throughout Fairfax County withheld merit awards from students,” Miyares said in a press release. “My office will investigate the entire Fairfax County Public Schools system to find out if any students were discriminated against and if their rights were violated.”

Principals of Westfield High School and Langley High School acknowledged that the school district failed to notify students that they were recipients of the National Merit award following an internal investigation, according to the Fairfax County Times. (RELATED: Virginia School District Seeks Feedback On New ‘Gender Combined’ Sex-Ed Lessons With ‘Inclusive’ Language)

🔥🧵 Your head will explode! Reporting an @IWN investigation published @CityJournal, I just learned, TWO YEARS LATER, my son is a National Merit Commended Student in the top 3% of students. His principal hides the honor from families as @fcpsnews chases “equal outcomes” for kids. pic.twitter.com/Cay2Ep98ry

Both high schools said they “will be contacting colleges to which your student has applied, and we will follow up with phone calls to make sure this honor is added to any ongoing applications. Our intention is to ensure college admissions departments know that your student was the recipient of this important award,” the Fairfax County Times reported.

Miyares opened an investigation into TJHSST on Jan. 4 after parents called for the school administration to be fired over the report. The withholding of the awards at TJHSST was a “one-time human error in the fall of 2022 only,” FCPS said.

“FCPS continues to stand ready to work with our partners at the state level on their investigation,” Superintendent Michelle Reid said in a statement to the community. “This past weekend, I proactively communicated this new information to the Office of the Attorney General for the Commonwealth of Virginia. Today, the Attorney General has extended his investigation to include all Fairfax County Public Schools.”

Miyares’ office and FCPS referred the Daily Caller News Foundation to their press release when asked for comment.