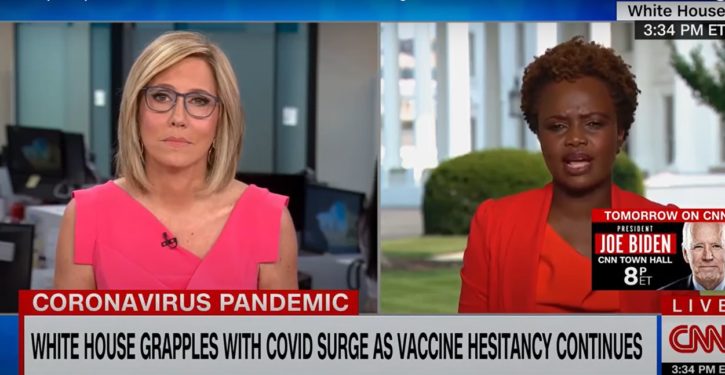 The biggest story in America almost no one is talking about continues: Workers’ real wages and living standards are falling.

Today’s jobs report indicates real wages fell by 3.3% over the last year. Americans are getting poorer by the day with President Joe Biden and congressional Democrats at the helm — a stark contrast to the strong wage growth they enjoyed during the Trump administration. This embarrassing trend is anathema to Americans’ birthright of ever-improving quality of life. It needs to be covered this Labor Day weekend.

The White House, as usual, pointed to the topline job creation, which slowed last month, and the unemployment rate, which rose to 3.7%, to pretend the labor market is in great shape. But these numbers overlook depressed labor force participation. The labor force participation rate is still one percentage point below its pre-pandemic peak and only returned to its March 2022 level last month. (RELATED: SHEFFIELD: While Biden Blames Others For His Failures, America’s Economy Continues To Nosedive)

If we apply the pre-pandemic labor force participation rate to today’s working-age population, we find that 2.7 million fewer Americans are in the labor force. If these people on the workforce sidelines were considered unemployed, the unemployment rate would be about 40% higher than today’s rate suggests.

In addition to misleading coverage of Biden’s “strong” labor market, mainstream media this Labor Day long weekend will be filled with editorials championing Democrats’ counterproductive labor policy proposals. These include a $15 federal minimum wage, the curtailment of independent contracting and greater unionization through unfair PRO Act policies such as card check.

There will be little to no mention of the overriding issue dominating discussion at kitchen tables and backyard barbecues this weekend: Americans falling further and further behind as historic inflation swamps wages.

To reduce runaway inflation, boost real wages, and bring the economy out of recession, policymakers must commit to reinvigorating the small business economy. More new and expanding businesses will increase the supply of goods and services needed to reduce prices and accelerate wages and economic growth.

Unfortunately, policymakers are working at cross-purposes to this goal. Last week, the Biden administration announced a student loan bailout that will inject nearly $1 trillion into the economy, fueling the inflationary fire. (The Job Creators Network Foundation is currently considering its legal options to block this illegal, unfair, and counterproductive action.)

Congress recently passed the misnamed Inflation Reduction Act, which raises taxes on small businesses and doubles the size of the Internal Revenue Service to harass them with audits. The nonpartisan Joint Committee on Taxation estimates most of the tax revenue in the bill will be indirectly paid by those earning less than $400,000 per year — the main customers of small businesses — as corporations are forced to pass along higher taxes in the form of higher prices.

Even Powell told businesses to prepare for “some pain” ahead. To reduce inflation without worsening the ongoing recession, Congress and the Biden administration must make smart, pro-small business fiscal policy solutions.

Step one: Shelve the inflationary student loan bailout. Step two: Make the small business tax cuts in the Tax Cuts and Jobs Act permanent. Its immediate expensing provision, which allows small businesses to fully write off all purchases, expires at the end of this year. A new analysis by the Tax Foundation concludes immediate expensing increases economic growth, capital formation, and jobs — precisely what the economy needs right now.

Don’t hold your breath. Never has there been a more significant divide between the problems facing ordinary Americans and those that Congress and the mainstream media address.

Life expectancy falls at fastest rate in nearly a century, contrary to prediction of Obamacare backers
Next Post
Cartoon of the Day: Red, White, and Angry 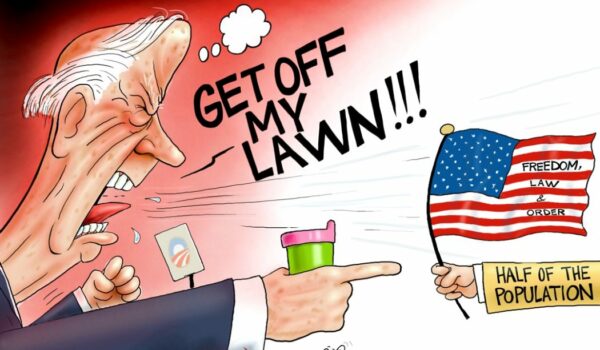