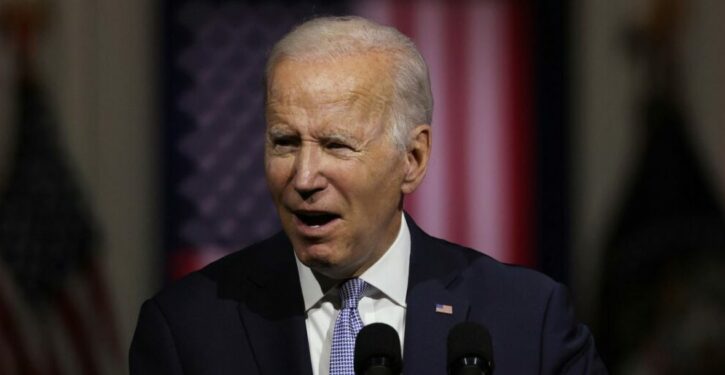 President Joe Biden attacked supporters of former President Donald Trump in a speech Thursday evening in Philadelphia that many across the political spectrum viewed as divisive, castigating large scores of Republican voters as “extremists” and threats to democracy.

“Too much of what’s happening in our country today is not normal,” Biden said. “Donald Trump and the MAGA Republicans represent an extremism that threatens the very foundations of our republic.”

“They fan the flames of political violence,” Biden added. (RELATED: White House: You’re ‘Extreme’ If You Don’t Agree With ‘Majority Of Americans’)

Biden’s remarks come after earlier attacks on Trump supporters in which he claimed many Republicans had embraced “semi-fascism” during a Democratic National Committee fundraiser. White House Press Secretary Karine Jean-Pierre has largely doubled down on Biden’s rhetoric, arguing that Biden’s characterization of many Republicans as “extremists” was accurate as they allegedly don’t share the beliefs of the majority of Americans.

The speech took place at Independence Hall in Philadelphia. Preceding Biden’s speech, the Marine Band played “Hail to the Chief” while two Marines flanked the American flag throughout the duration of Biden’s remarks.

The speech provoked negative reactions from many on social media, who criticized the imagery and rhetoric as divisive and threatening.

Biden also stressed the supposed threat to civil rights and “equality” posed by the Republican party.

“[They] are determined to take this country backwards,” Biden said.

Biden made Trump’s influence over the party a central focus of his critique, arguing Trump’s power within the GOP had negatively influenced the behavior of its voters.

“There’s no question that the Republican Party today is dominated, driven, intimidated by Donald Trump and the MAGA Republicans. And that is a threat to this country,” Biden said. “MAGA Republicans have made their choice. They embrace anger. They thrive on chaos. They live not in the light of truth, but in the shadow of lies. Together, we can choose a different path.”

Biden concluded with a call to action, asking Americans to “vote” against Trump and the ideology he supposedly represents, as well as that of his supporters.