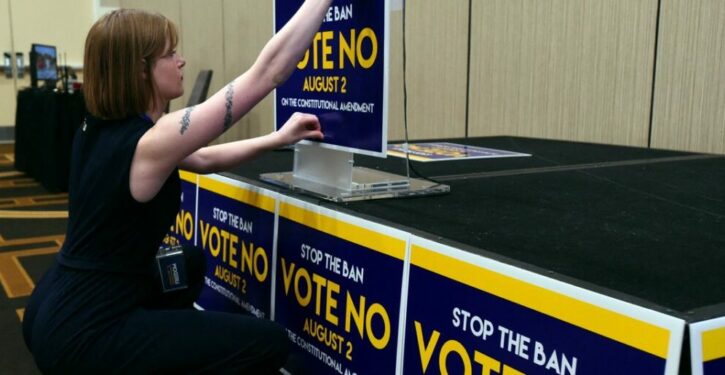 Voters in Kansas rejected a pro-life amendment to the state constitution Tuesday in the country’s first abortion-related referendum since the overturning of Roe v. Wade.

Tuesday’s ballot featured a number of state and local primary contests, but most observers were focused on a ballot measure that would amend the Kansas state constitution to assert there is no right to abortion in the state. The Kansas Supreme Court ruled in 2019 that such a right did exist.

It’s possible the margin for “No” in red Kansas will be a resounding double digits, a sign of just how unpopular overturning Roe v. Wade is nationally.

The referendum was the first such vote across the U.S. since the Supreme Court overturned Roe v. Wade in June, after over a quarter of the states in the U.S. already restricted abortion rights in some manner beyond what was previously allowed, according to The New York Times. Multiple election analysts called the race for the “no” side Tuesday night, indicating voters rejected the amendment.

Current law in Kansas allows abortions up to 22 weeks of pregnancy with some restrictions, such as a 24-hour waiting period and parental consent requirements for minors. (RELATED: Jim Harbaugh Says People Need ‘The Courage To Let The Unborn Be Born’)

The result may come as a surprise given Kansas’ status as a solidly red state. Former President Donald Trump won the state by a margin of 15 points in 2020, and Republicans have a sizeable majority in both chambers of the state legislature.

Projections show the “no” vote could win by up to double-digits, but the final tally is currently unclear. The referendum was highly contentious, with both pro-choice and pro-life activists pouring significant and thousands of volunteer hours into the race.

Transgender murderer arrested for killing again at age 83, after two prior murder convictions
Next Post
Cartoon of the Day: The Touchables 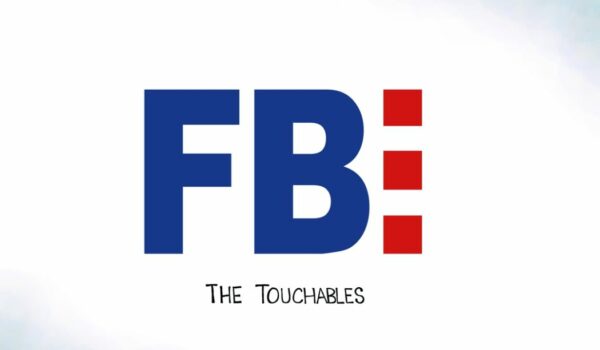