Integrate NYC along with 13 high school students brought the lawsuit against New York City in March 2021, seeking to eliminate the city’s Gifted and Talented programs as well as current middle high school admission screens, according to court documents. The lawsuit argued that the city’s Gifted and Talented programs were ” discriminatory gatekeeping mechanisms” and contributed to an “educational caste system.”

Manhattan Supreme Court Justice Frank Nervo dismissed the lawsuit in a decision with a four-sentence ruling, stating that the petition wrongly sought the Court to create education policy.

“It is beyond cavil that the Court lacks jurisdiction to grant the relief sought and that the petition improperly seeks, inter alia, this Court to make educational policy by directing respondents take certain actions regarding curriculum content, testing content, employment diversity, employment policies, admission policies, and disciplinary policies, among others,” Nervo wrote.

The plaintiffs intend to appeal the ruling, according to Mark Rosenbaum, a lawyer representing the plaintiffs, per The New York Post.(RELATED: Why Is The Left Waging A War On ‘Gifted’ Children?)

“Students of color and from low-income families in the New York City school system do not receive the same educational opportunities as their peers,” Rosenbaum added, the outlet reported.

Democratic NYC Mayor Eric Adams has added over 1,000 new seats to the Gifted and Talented programs, according to the NYP. Adams’ plan included universal screening of all kindergarten students, as well as allowing the opportunity for the top 10% of second graders to apply for the program.

“This is the first case in the nation to seek a constitutional right to an anti-racist education,” Rosenbaum said in March 2021, according to The New York Times.

Adams’ office did not immediately respond to The Daily Caller News Foundation’s request for comment.

Poverty is not the cause of most crime, study indicates
Next Post
Texas Gunman Was In The Classroom For Half An Hour Before Law Enforcement Stormed In. Why? 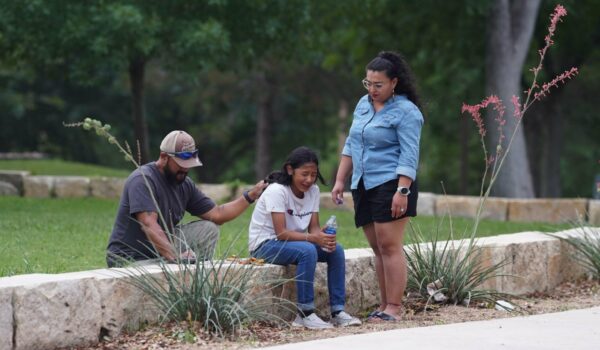