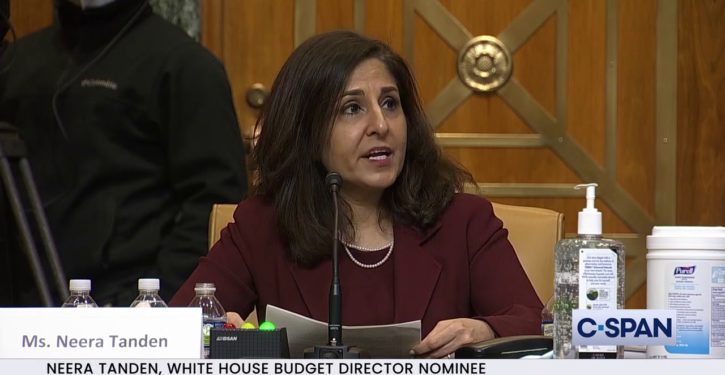 But the Buffalo mass shooter isn’t a fan of conservatives like Tucker Carlson. Indeed, he calls himself part of the “authoritarian left.” He was influenced by the New Zealand mass shooter, a white self-described “ecofascist” who admired communist China. The New Zealand mass shooter, according to USA Today, “explicitly rejects conservatism, capitalism, individualism and consumerism. ‘Conservatism is dead,’ he wrote. ‘Thank God. Now let us bury it and move on to something of worth.’”

Ironically, it is the woke left — not the right — that most often promotes the idea that America’s white majority will soon disappear due to immigration and demographic change, and that America will soon become a mostly non-white nation, where whites will lose power. Echoing Great Replacement Theory, Beltway progressives gloat that they will soon take over, due to old centrist and conservative whites dying off and being replaced by non-white progressives, amidst what progressives call “explosive population growth of people of color.”

In 2015, Joe Biden praised what he called “An unrelenting stream of immigration, nonstop, nonstop…Folks like me who are Caucasian, of European descent, for the first time … we’ll be an absolute minority in the United States of America, absolute minority. Fewer than 50% of the people in America from then and on will be white European stock,” he said. “That’s not a bad thing.”

America’s progressive media — including liberal newspapers like the Washington Post and the New York Times — have celebrated this idea, claiming that America will cease to be mostly white by 2040 or 2050. Liberal journalists trumpet the idea that this will end what they see as “white privilege,” causing whites’ relative status to decline and progressive policies to be adopted. The Buffalo shooter may well have come across such rhetoric, and reacted negatively to it, fueling his radicalization (thus leading to the tragic killings in Buffalo).

Above all, progressives are captivated by the idea that the Democratic Party is free to move leftward, and no longer needs to appeal to moderate or conservative voters to win elections, because a “demographic revolution” is creating a “new American majority” in favor of progressive policies, a majority consisting of ever-growing numbers of non-whites, and progressive young professionals. The classic statement of this is the book Brown is the New White: How Demographic Revolution Has Created a New American Majority. It exults in the idea that old conservative and centrist white voters are dying off and being replaced by progressives, mostly by non-whites, due to “the explosive population growth of people of color.” The book was heralded by the Center for American Progress, a virtual extension of the Democratic Party described in Time Magazine as “Obama’s idea factory,” and headed by Biden’s senior advisor Neera Tanden. The book was written by a Senior Fellow of that Democratic think-tank, Steve Phillips. Below is the official book release from the Center for American Progress.

Ironically, the white replacement theory peddled by progressives was faulty, in that non-whites did not vote quite as heavily in support of Democrats as they predicted, so Democrats did not win the 2016 election, as Steve Phillips and progressives expected. Even non-white immigrants can find the Democratic Party’s increasing wokeness and left-wing policies very annoying. Polls currently show that most voters disapprove of Joe Biden — including most Hispanics. The Hill noted that Hispanics are troubled by “skyrocketing inflation and crime,” and House Speaker Nancy Pelosi has privately recognized that her Democratic party has “alienated Asian and Hispanic immigrants with loose talk of socialism,” causing Democrats to lose seats in the House of Representatives in 2020.

But these election losses came as a surprise to progressives, who have been peddling their own version of “Great Replacement Theory” for years. Progressive politicians and journalists only support unrestricted immigration for political gain, and supported curbing immigration in the past, even when it was economically and socially beneficial, when it did not politically benefit them.

When immigrants are anti-communist, progressives like Joe Biden want to keep them out. California’s Democratic governor Jerry Brown wanted to close California’s airfields to refugees when Republican President Gerald Ford was using them to evacuate hundreds of thousands of anti-communist Vietnamese refugees from South Vietnam, knowing that these Vietnamese would vote Republican for a generation — as they in fact did. “Mr. Brown even tried to prevent aircraft filled with refugees from landing at Travis Air Force Base near San Francisco,” reports the Wall Street Journal. “Among the Democrats who supported Brown were two U.S. senators, Delaware’s Joe Biden and South Dakota’s George McGovern.” During the 1970s and 1980s, the New Republic’s liberal TRB columnist supported restricting immigration, saying it took the focus off helping African-Americans. Back then, Asians voted mostly for Republicans, unlike today.

Progressives gloat about America becoming mostly non-white when they think it will politically benefit them. As in this 2016 book release from the progressive Center for American Progress:

“Brown Is the New White:
How the Demographic Revolution Has
Created a New American Majority
Official Book Release

Bookmark this link to watch the live webcast

Copies of Brown is the New White will be available for purchase at the event.

Space is extremely limited. RSVP required.
Seating is on a first-come, first-served basis and not guaranteed.

Brown is the New White: How the Demographic Revolution Has Created a New American Majority is a new book by Steve Phillips and a wake-up call to the Democratic Party and progressive movement, arguing that they will lose elections and the future of the country if they do not make people of color a greater priority in their campaign and policy agendas.

Please join the Center for American Progress Action Fund for a discussion with Senior Fellow and civil rights lawyer Steve Phillips as he draws on his extensive political experience to explain exactly how people of color and progressive whites add up to a new majority while also exposing how far behind the curve Democrats are in investing in communities of color.

Copies of Brown is the New White will be available for purchase at the event.

Space is extremely limited. RSVP required.Seating is on a first-come, first-served basis and not guaranteed.

Big Supreme Court rulings occurred this day, in history
Next Post
One Large Sea Creature Keeps Washing Up Dead On Shore. Russian Warships May Be Responsible 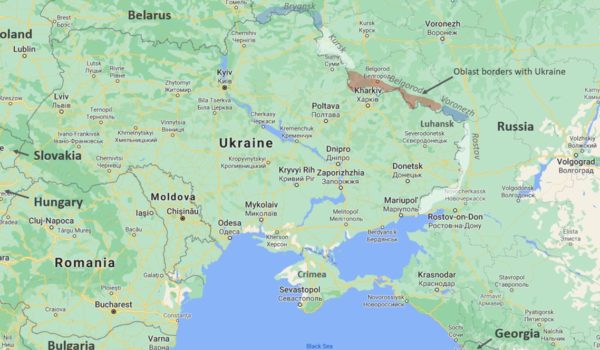