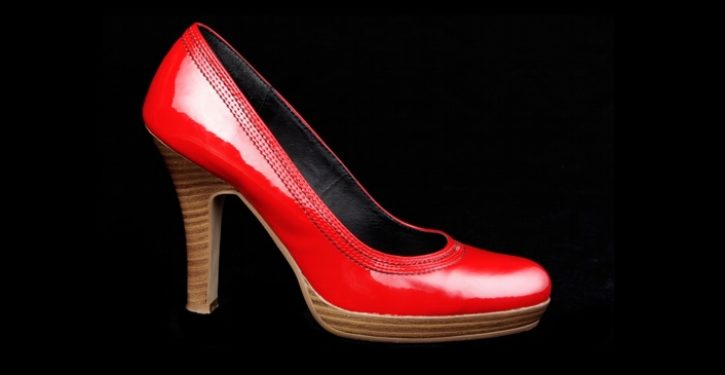 A Tennessee mother walked into her apartment and discovered that a wanted sex offender, wearing nothing but her daughter’s black shoes, had broken into the home, police said.

27-year-old Michael Tyler Henegar was found guilty of sexual exploitation of a 14-year-old girl in 2014.https://t.co/MdV4srLU9k

While inside Crowley’s home, Henegar reportedly stole a Milwaukee M18 impact drill, a Dewalt 20V handheld work light — along with other items — carrying them in a children’s Scooby-Doo bag, WVLT reported.

When Crowley caught Henegar, she reportedly yelled at him and proceeded to chase after him, FOX13 reported. “I chased him with these sticks cause had I got a hold of him, I would have beat him. But he ran down the street into this pathway,” Crowley reportedly said.

Officers reportedly located and arrested Henegar, who ran into a nearby wooded area. Meanwhile, police found a pair of ripped white shoes, believed to belong to Henegar, near the back patio of Crowley’s apartment, where he reportedly entered the apartment, according to FOX13.

Crowley claimed that she would get an alarm system installed soon and blocked the patio door with a sofa until she gets one installed, according to WVLT.

“I’m calm now, but at the time I was literally shaking and cried because it’s scary. You think these people are in your house and they are sex offenders and you have your kids running around and you’re thinking you’re safe,” said Crowley, according to the outlet.

The KPD discovered that Henegar was convicted in 2014 for sexually exploiting a minor through electronic means and wanted for violating the sex offender registry, WVLT reported.