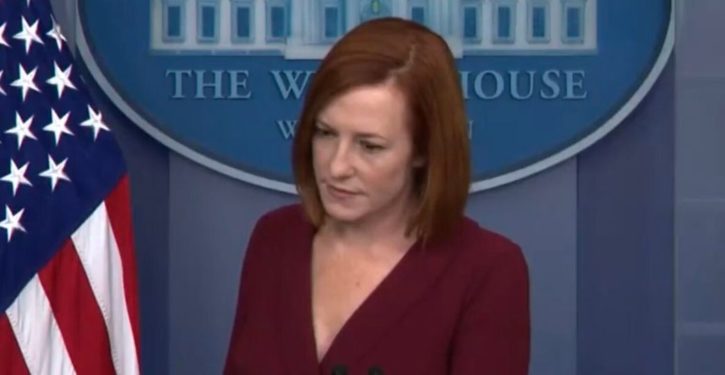 Biden posted a video to Twitter on Sept. 2020 accusing former President Donald Trump of “refusing to disavow white supremacists.” The video included a close-up photograph of Rittenhouse holding an AR-15 style rifle in Kenosha, Wisconsin, where he currently faces trial for the Aug. 25, 2020, shootings of Joseph Rosenbaum, Anthony Huber and Gaige Grosskreutz.

“So Peter, what I’m not going to speak to right now is anything about an ongoing trial nor the president’s past comments,” Psaki responded. “What I can reiterate for you is the president’s view that we shouldn’t have, broadly speaking, vigilantes patrolling our communities with assault weapons.”

Doocy: "Why did President Biden suggest that Kyle Rittenhouse, on trial in Kenosha, is a white supremacist?"Psaki claims she's "not going to speak to…an ongoing trial," but then attacks Rittenhouse as an example of "vigilantes patrolling our communities with assault rifles" pic.twitter.com/NlctK7Azu8

The press secretary said that peaceful protests should not be interrupted by rioting and looting across the country. She added that the White House is “awaiting a verdict” on the trial and will not currently speak about it in any further detail.

“Kyle Rittenhouse’s mom came out saying that the president defamed her son. She claims that when the president suggested her son’s a white supremacist, he was doing that to win votes. Is that what happened?” Doocy continued.

Psaki repeated that she had “nothing more to speak to” on the case, not answering the particular question on either the president’s or the mother’s previous remarks.

Rittenhouse’s mother, Wendy, said on a Nov. 12 appearance on “Hannity” that she was angered by the president’s remarks and  that her son is “not a white supremacist.”

“When I saw that I was shocked, I was angry. President Biden don’t know my son whatsoever, and he’s not a white supremacist,” she said. “He’s not a racist. I was so angry for a while at him and what he did to my son, he defamed him.”

The prosecution and defense teams recited their closing arguments Monday afternoon before the jury. The lead prosecutor, Kenosha County Assistant District Attorney Thomas Binger, argued that Rittenhouse lost “the right to self-defense” since he was the person armed with a gun. 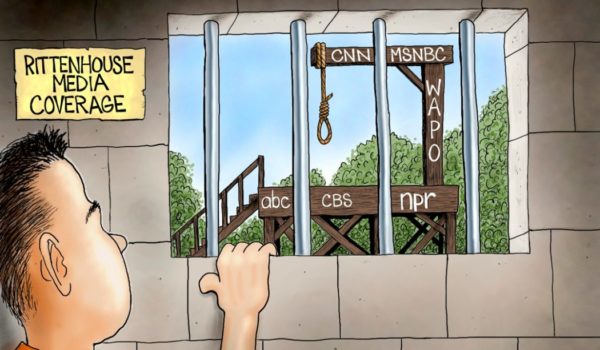 Cartoon of the Day: Enemy of the State-Run Media
Next Post
New Book Reveals The Organization That Really Controls The Black Lives Matter Movement